H3 Dynamics’ test UAV platform is capable of a flight range of up to 900km on liquid hydrogen, or 350km with pressurized hydrogen h3-dynamics News By Mike Ball / 24 Nov 2022 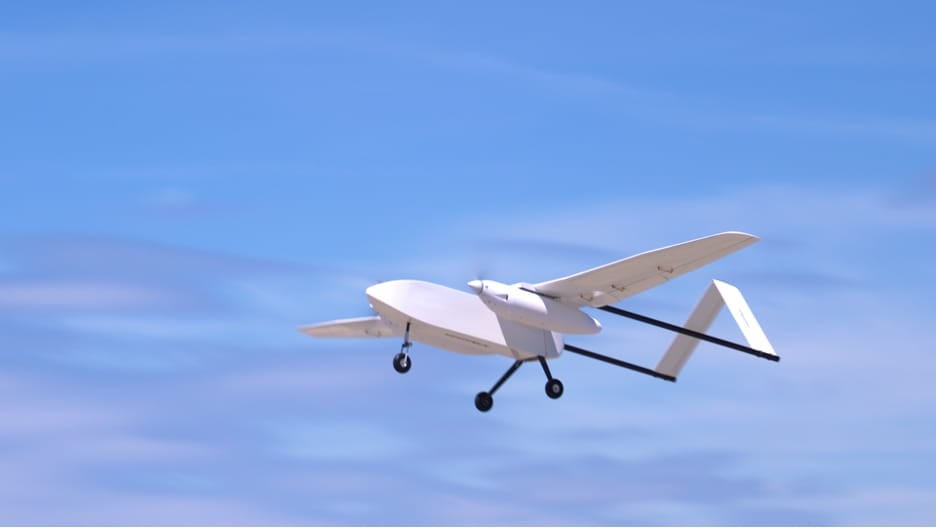 H3 Dynamics has confirmed that it has successfully tested its distributed hydrogen propulsion nacelles for the first time, using a 25kg UAV (unmanned aerial vehicle) platform. The flight took place at the Hub Drones – Systematic airfield near Paris, with clearance from the French civil air authorities (DGAC).

H3 Dynamics’ self-contained nacelle approach addresses technical, safety and cost challenges hydrogen aircraft developers could face at some point in the future. It achieves this by placing hydrogen and smaller fuel cells across a series of collaborative propulsion nacelles under the wings.

Other, higher-visibility hydrogen aircraft proponents will fly larger size aircraft much sooner – but they will do so by converting existing aircraft using fuel cells sourced from the automotive world – and storing large amounts of gas or liquid hydrogen inside the main fuselage.

“Not only is safety our first priority, but we don’t want hydrogen competing for revenue-generating airfreight and passenger space,” said Taras Wankewycz, Founder/CEO of H3 Dynamics. Distributing small systems solves technical headaches, such as thermal management, and increases safety through multiple redundancy.

H3 Dynamics’ 25kg test aircraft features an electric flight range of up to 900km on liquid hydrogen, or 350km with pressurized hydrogen. Its externalized nacelle design also frees up 30L of fuselage volume with no hydrogen nor any powertrain elements inside. H3 Dynamics’ hydrogen propulsion nacelles could potentially become a “snap-on” retrofit for battery-powered unmanned eVTOL or fixed wing cargo drones.

Preparing for the arrival of much longer duration unmanned hydrogen flights, H3 Dynamics has started to work on airspace safety with world-leading air traffic control companies. It has been building experience with high-volume enterprise data services being deployed in smart cities such as Singapore, and gradually coupling these with drone-agnostic charging stations.

By starting at the lower-end boundary of regulatory and certification efforts, H3 Dynamics doesn’t need to wait until 2035 to begin its commercial journey. “We all need to learn today with small commercial applications and gradually increase aircraft size over time together with all stakeholders – most importantly, the regulators,” added Wankewycz.

H3 Dynamics is already preparing its next steps. It is exploring liquid hydrogen integration as part of a joint-development with ISAE-SUPAERO, with the end goal being a historical and symbolic Atlantic crossing on hydrogen electric propulsion in the next two years.

With airfield experiments feeding its digital twin capability for hydrogen aircraft design, H3 Dynamics is also working on a next-generation platform powered by six independent hydrogen-electric nacelle systems. The aircraft will feature fast-refueling and will be used as a test bed for H3 Dynamics hydrogen-electric propulsion technology moving forward.