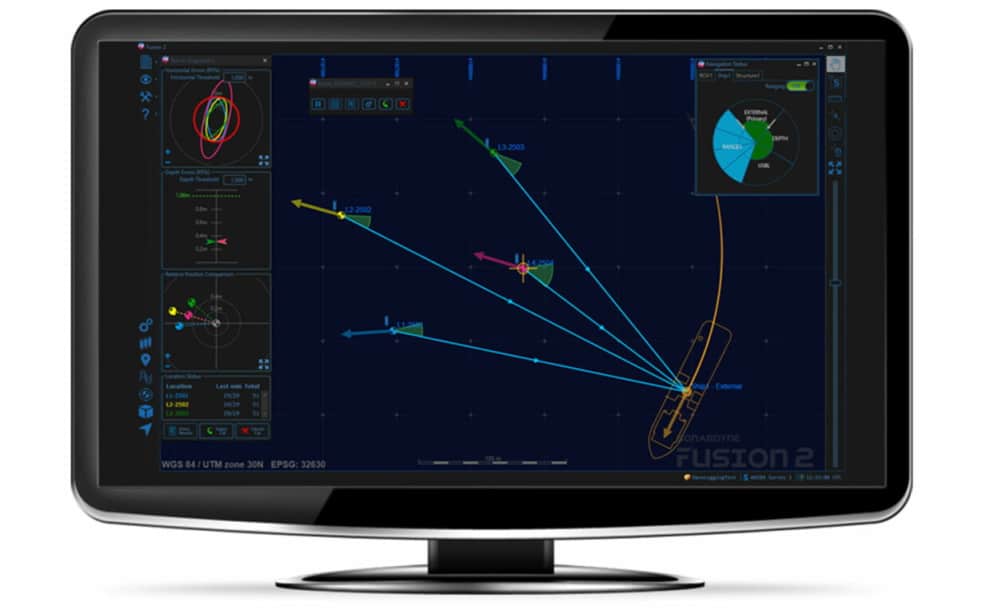 Sonardyne’s Fusion 2 navigation and positioning software has been deployed by geo-data insights firm UTEC to support the latest phase of an offshore project in northwest Australia. The long baseline (LBL) acoustic positioning and inertial navigation system (INS) software was used in conjunction with an ROV (remotely operated vehicle) to position and install a new subsea well gathering system connected to an existing facility.

The project is the first full use of Sonardyne’s Fusion 2 software and associated 6 ‘plus’ (6+) hardware in Australia. Using various combinations of sparse LBL-aided INS and full LBL-aided INS, a total of 29 structures were installed. The ROV was docked onto the structures and the much faster and smoother aided INS position updates made for efficient structure installation operations.

Edd Moller, Sonardyne’s Head of Energy, noted: “Fusion 2 vastly simplifies topside interfaces and simplifies use, because it does the job of three systems, in one. When used with our latest generation 6+ hardware, including the industry standard Compatt 6+ transponders and vehicle-installed ROVNav 6+ transceiver, it enables more to be done with less equipment in the water. It can operate in full LBL arrays, where required, but, using the latest fast LBL mode, it can also reduce time on task. That’s because it can take advantage of the combined ranging and telemetry functionality of our 6+ hardware, which is enabled by our Wideband 3 digital signal protocol.”

“Fusion 2 can also operate in sparse LBL arrays, reducing the amount of subsea hardware required during these operations, saving project costs but still with the same LBL positioning accuracies. Fusion 2 can also be operated in USBL-aided INS mode, allowing improved and fast updates of the vessels USBL system. It’s a truly flexible system for supporting any offshore construction or survey operation.”

Paul Barry, Country Manager at UTEC, said: “Following installation of five drill centre arrays for future structure installation we were able to use the SLAM calibration routine to integrate the wider area cut-to-length arrays using fewer Compatts than we would have normally. The SLAM calibration on the cut-to-length Compatts was done in parallel with the pre-lay survey as the ROV was passing along the route, therefore saving vessel time and reducing the carbon footprint of the project.”