YellowScan has released the following article detailing the use of its Vx15 UAV LiDAR solution to help build 3D models of the Indonesian Grand Prix racing track, with the aim of integrating it into the newest version of the MotoGP 22 video game.

As entertainment in general, particularly video games be it traditional console games or virtual reality, strive to be as accurate as possible in their depiction of real-world locations, the industry is turning to LiDAR technology to help it build 3D models in order to give players the best experience possible. 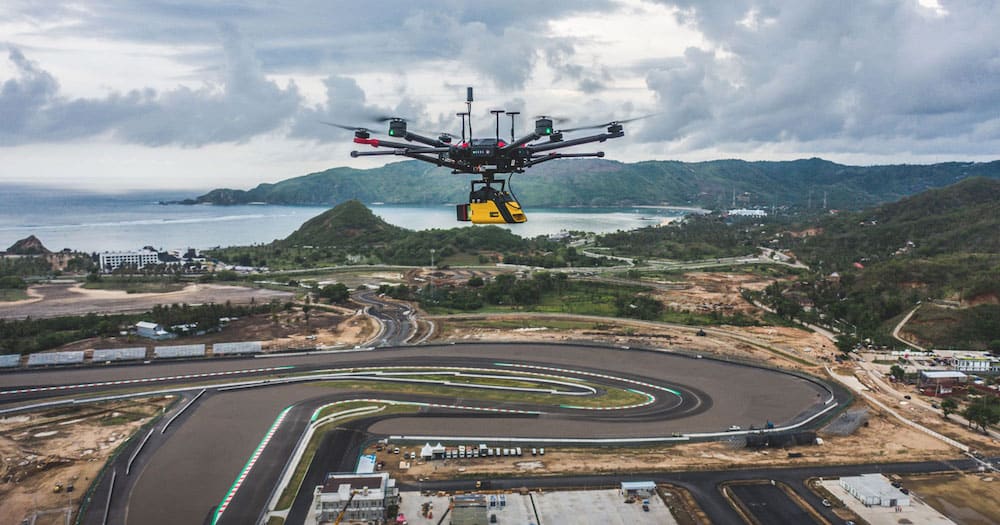 What is the Challenge?

The Milestone company, developers of the long-standing motorcycle simulation series MotoGP was working on the 22nd version of their game.  Milestone contacted MSDI, one of YellowScan’s Indonesian based customers, in September 2021 to carry out a topographical survey as well as the acquisition of different locations with the aim of integrating the newly constructed Indonesian Grand Prix racing track into the newest version of their game, MotoGP 22. Milestone wanted to build a highly detailed virtual version of the track and the precision required meant a mission with LiDAR acquisition in addition to photogrammetry to capture every detail of the terrain and the environment.

“We started using Photogrammetry 6 years ago, but every year we try to improve and reach the perfection of the data.  In 2021 we made another step further by introducing ground control points and, thanks to Arnaud, we were also able to collect Laser data and combine GCPs, Photogrammetry, and Lidar points.  We are pleased with the results and we think our players will enjoy the track’s authenticity,” commented Christian Perasso, Reference Specialist, Milestone.

“We are very proud to have participated in this project because the opening of Mandalika circuit in Indonesia was a major event, of international scope.  It was an honor to be able to work on this site that thousands of people dream of experiencing, and MotoGP 22 will give them that experience.  It is also very satisfying to know that our data will be used massively around the world to entertain and spread a little happiness to people in these difficult times,” said Arnaud Denisot, Director, MDSI & Bali Drone Production

To have accurate color rendition, MDSI had to do all of the photogrammetry in less than an hour to avoid changes in shadow or light that can impact color temperature. They separated the LiDAR and photogrammetric acquisition flights using two different drones, an Inspire 2 equipped with an X5S camera and a DJI Matrix 600 pro which carried out the LiDAR acquisition with MDSI’s YellowScan Vx15 sensor. This combination was perfect because MDSI could safely have the LiDAR mounted drone fly slower to have higher point cloud density and not worry about the photo acquisition.

The Mandalika circuit covers 120 hectares and it only took 3 flights of 12 minutes to capture the entire site with a high point density. For this they flew at a speed of 6 meters / second at 65-70 meters altitude and an interline distance of 110 meters. The use of 7 GCPs on the ground allowed them to match the two data-sets: photogrammetry and LiDAR.

For a simulation game every detail counts to transcribe faithfully the conditions of “reality”, using high precision equipment makes it possible to detect each variation of the asphalt on the track and also to measure the angle of inclination of the track which will have an impact on the handling and grip of the motorcycles. This means you will be able to have real data on the runoff and the accumulation of water in certain zones of the track, so for example if you wanted to simulate heavy rains on track, this data gives Milestone a better understanding of the increase in difficulty of piloting a motorcycle in such conditions. 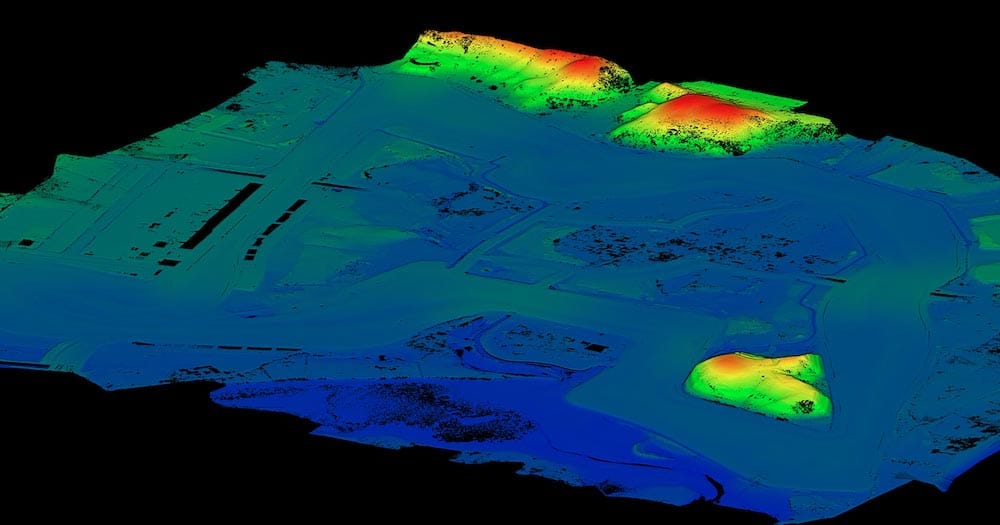 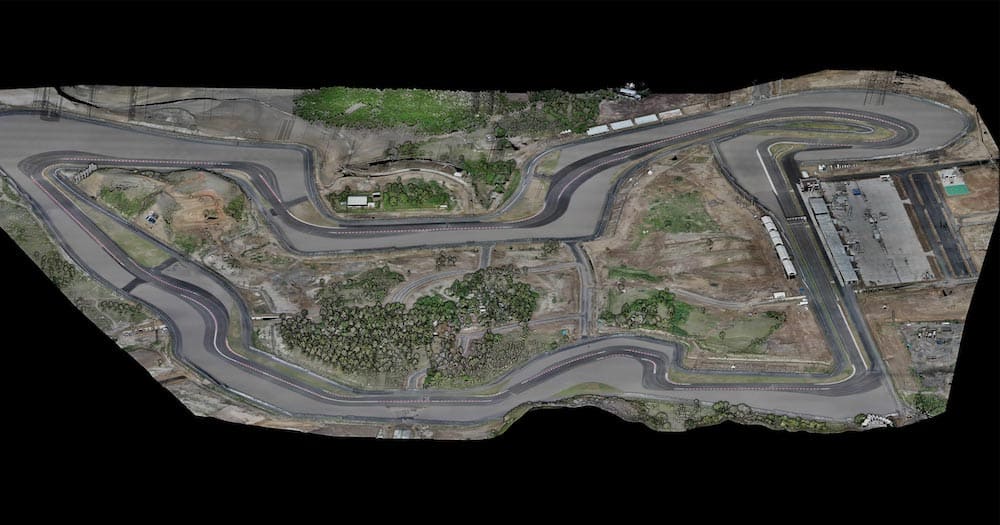 Colorized point cloud from the mission

Thanks to LiDAR data, Milestone announced that the Mandalika circuit will be one of the best digital assets in the MotoGP 22 and a first for the company, since they had never had the opportunity to use rich LiDAR data in the development of a track for previous versions of the game. MDSI also carried out multiple photo acquisition, 360-degree panoramas and video on the ground, to have resources and data for the details of the buildings and all other interesting objects to integrate into the game. 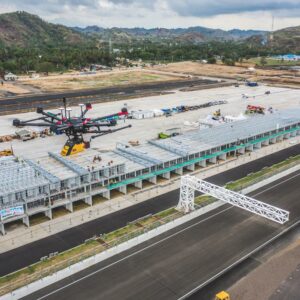