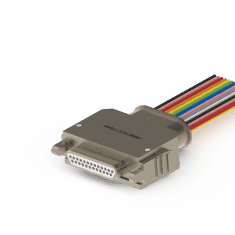 Latching connectors are designed to provide a secure connection and prevent accidental disconnects while still offering ease of engaging and disengaging. They are typically designed with a push-to-fit mechanism and are disconnected by either squeezing a latch on the side of the connector or, in the case of many circular connectors, by pulling on an outer release sleeve.

Latching connectors are used for drone, UAV (unmanned aerial vehicle) and robotics subsystems that may need to be swapped out quickly in order to get the vehicle operational again as quickly as possible, such as batteries and data storage devices. These connectors also need to be rugged, withstand a large number of mating cycles, and in the case of battery interconnects, capable of handling high currents. 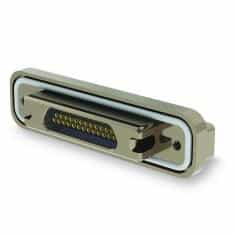 Latching versions of most connector form factors are available in all sizes with a variety of contact arrangements.

Latches provide several advantages over other methods of securing connectors such as screws, which require tooling, take a long time to fasten and unfasten, and may be difficult to operate while wearing gloves. Screw-fastened connectors are also unsuitable for certain critical systems which require a safety disconnect for emergencies.