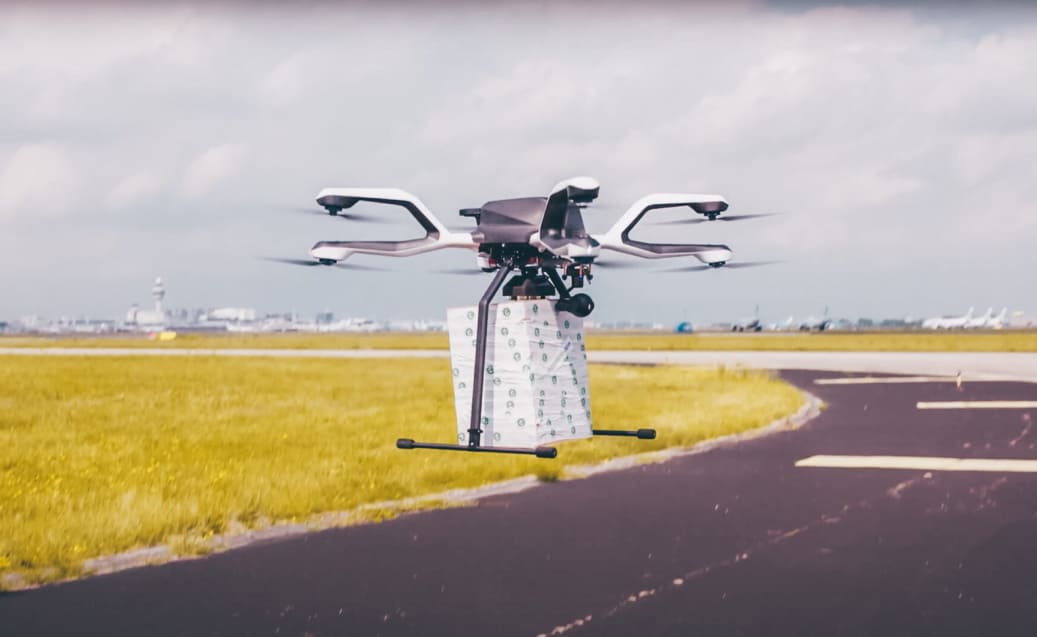 Acecore Technologies has demonstrated its drone delivery solution at Amsterdam Airport Schiphol, the Netherlands’ largest airport. The test was performed under the authority of LVNL, the agency in charge of air traffic control in the airspace of the Netherlands, who have decided to trial several innovative UAV (unmanned aerial vehicle) technologies during this period of greatly reduced air traffic due to the ongoing CoVID-19 crisis.

The trial, undertaken in conjunction with Dutch Drone Delta, aimed to test the technical and social aspects of operating drones at an active airport. A temporary exemption was granted to fly drones in the airport’s controlled traffic region, and applications such as runway inspection and delivery of airplane parts across the airport were tested.

Acecore’s system was based on the company’s heavy-lift Neo octocopter, which provides up to 25 minutes of flight time, and features added motor and critical component redundancy, as well as AES256 encryption. The drone was fitted with a remote-controlled maglock cargo module designed by Acecore, which can hold two packages weighing up to 9 kilograms in total, released on command by the operator. The drone also carried a compact gimbal-stabilized 10x optical zoom camera, which was used to aid orientation at the delivery site.

Drone delivery of aircraft parts to mechanics working on site at the airport provides greater speed and efficiency. Currently, packages are being transported by cars, which must manoeuvre through the airport grounds. Drones can fly over the airport in a straight line, vastly cutting down on the delivery time.

Jorrit Linders, CEO and Founder of Acecore Technologies, commented on the controversy of flying drones at an active airport: “While most people will think we’re insane for flying our drone at The Netherlands’ largest airport, I actually think it’s one of the safer environments to do testing. The control tower oversees everything that goes on and is able to guide the licensed drone operators to a safe mission.”

Watch a video about the trials at Schiphol airport below: