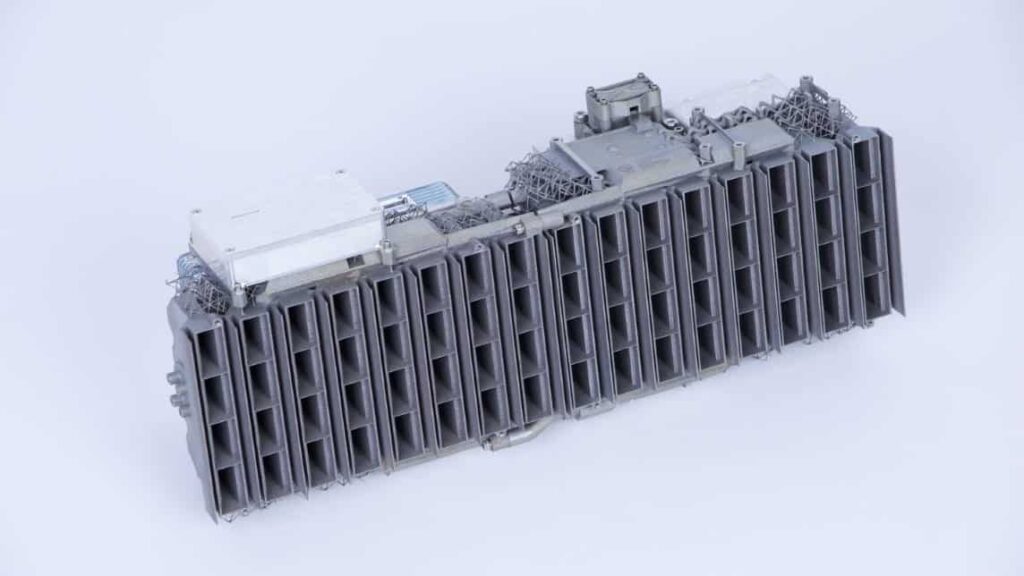 IMSAR’s high-altitude radar is based on its existing, low-SWaP NanoSAR C technology, which provides the foundation for its Commercial, Off-the-Shelf (COTS) NSP-3, NSP-5 and NSP-7 airborne radar systems. The high-altitude radar is capable of multiple modes of operation from over 60,000 feet Above Ground Level (AGL) and is designed to operate continuously in stratospheric environments.

To allow IMSAR’s high-altitude radar to operate within the stringent SWaP requirements of HALE platforms, Optisys created a single array that combines multiple horns, waveguide combiners, mounting structures, and thermal features. The Optisys array reduces the parts required for the aperture by 94% and sufficiently reduces the space and weight required for the radar system to allow the radar to integrate into HALE platforms that were previously unable to carry radar sensors. The low-loss 3D aluminum array also allows for additional reductions in system power requirements to improve mission longevity.

Larry Moore, Vice President of Sales at IMSAR said, “Combining IMSAR’s low SWAP NanoSAR radar with the novel printed aluminum antenna array from Optisys has yielded an exquisite new class of radar designed for HALE aircraft. The use of this radar on HALE platforms allows for continued surveillance where multiple aircraft or satellites were needed previously. This provides unrivaled agility in imagery collection and time on station.”