Black Swift Technologies (BST) has released the following article detailing its proposed artificial intelligence-based solution for detecting anomalies in unmanned aerial systems (UAS) and predicting failures before they happen. BST has been awarded a contract by the U.S. Air Force to develop this solution.

According to a study by the Center for Strategic and International Studies (CSIS), the U.S. Air Force Remotely Piloted Aircraft (RPA) or Unmanned Aircraft Systems (UAS) represent a low-cost, high mission-capable asset when compared to manned airplanes. The reduced operation and maintenance costs of UAS remain a key catalyst for their expanded deployments. Yet UAS suffer some of the same vulnerabilities and limitation as manned aircraft, including reliability issues. According to the USAF, dozens of RPA/UAS have crashed due to pilot error, mechanical failure, and/or electrical failure. To improve on identifying potential failures of critical systems on small UAS, the USAF has recently awarded Black Swift Technologies an SBIR Grant to develop a machine learning software solution for predicting and improving UAS maintenance schedules.

“System failures can be costly—in time, money and equipment,” says Jack Elston, Ph.D., CEO of Black Swift Technologies. “Our solution uses unsupervised learning for anomaly detection, which leverages algorithms that can build a model of how an aircraft should behave across a wide range of missions and flight conditions, then watch for instances that violate these models.”

Developing an improved awareness of the physical condition of a UAS and all its critical subsystems is imperative to the reliability and mission-readiness of the aircraft. UAS systems typically lack onboard monitoring or systematic maintenance. Many UAS users rely on guides printed in owner’s manuals (when available) to determine maintenance schedules, which may be extremely limited in scope. While detailed maintenance logs and schedules are standard for manned aircraft, small UAS suffer from a lack of subsystem state information. Critical components such as servos are often open-loop and unmonitored.

Certified mechanics run maintenance schedules for manned aircraft, minimizing the chances of equipment failure. Manned aircraft also benefit from having many redundant systems, as well as skilled pilots with thousands of hours of experience onboard to check for potential dangers such as ice buildup on the wings. UAS failures caused by the absence of these factors become expensive after considering the value in the lost vehicle, avionics, and payload. Worse, they can result in injury or loss of life if the failure happens above a populated area or beyond visual line of sight (BVLOS).

“Leveraging artificial intelligence and machine learning will allow us to build a smarter predictive maintenance schedule for UAS vehicles,” Elston states. “In doing so we can ensure these UAS are operational in the sky, safe for people on the ground, and remain mission ready at all times.”

BST’s solution relies on the use of unsupervised machine learning algorithms to provide early warning and diagnostics of potential critical system failures on small UAS. Critical data is gathered from avionics data that the USAF already collects, and if this data proves insufficient, BST has developed a set of monitoring nodes (Figure 1) which they employ in their proprietary avionics that can be used to install aboard candidate platforms to supplement the data sets and implement ML algorithms for real-time analysis and feedback. 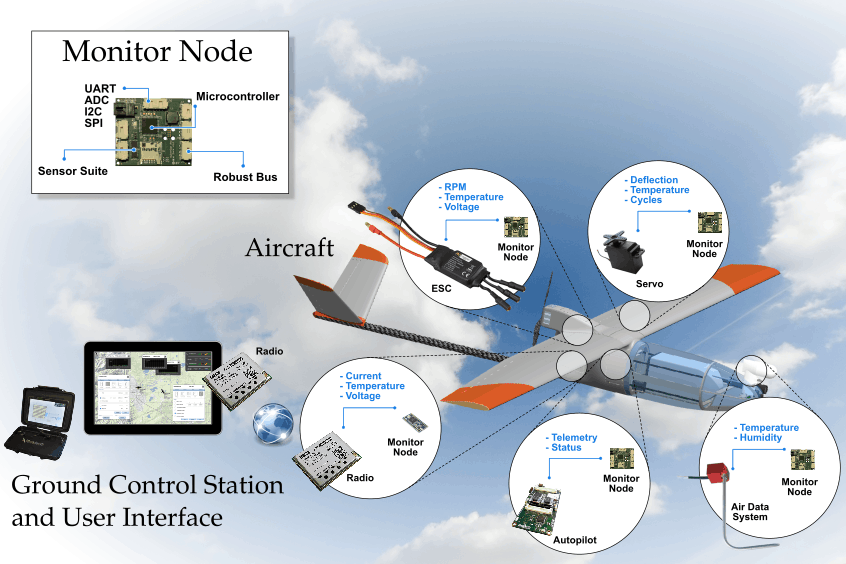 “We use a web-based delivery platform consisting of a high level and simplified, red/yellow/green diagnostic rating for each subsystem,” clarifies Elston. “Each subsystem can be further explored, allowing the user to drill down into and retrieve more detailed information.”

BST’s dashboard is easy to read and does not require a highly skilled UAS technician to understand (Figure 2). With their experience building custom and modularized solutions, BST believes it is best to provide decision-quality information that is accessible to everyday end-users. 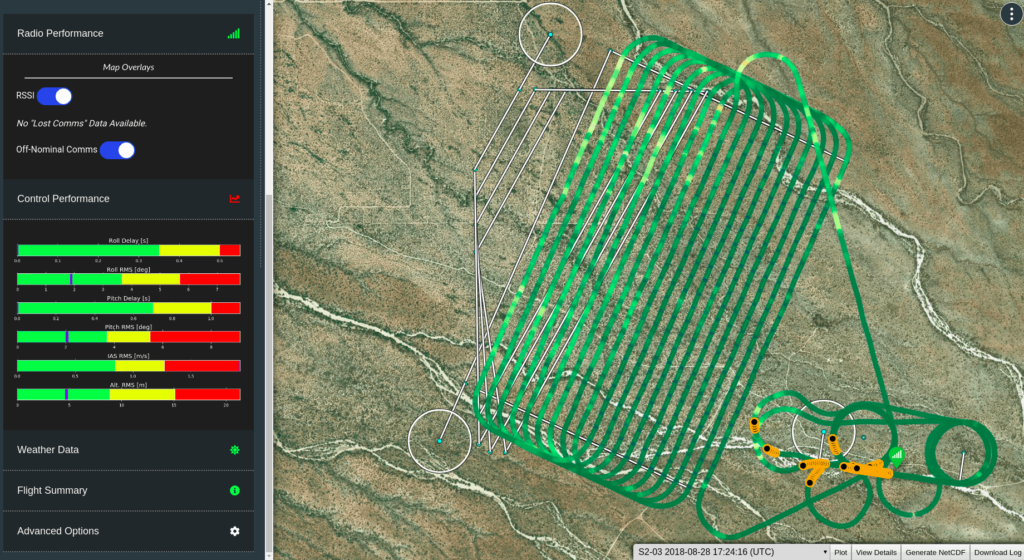 Figure 2: Screenshot of information delivered on the Dashboard

Direct Tracking for Failures: most UAS have systems to track things like failed sensors, low battery, lost comms, etc. This will always form the backbone of maintenance and emergency response of UAS to subsystem failures.

Supervised Learning: BST has been building and enhancing these tools to track a growing number of known failures with labelled telemetry data. This powerful statistical method can directly tie onboard telemetry to a specific subsystem failure or anomaly that requires maintenance. Examples include compromised or failed servo motors, damaged propellers, severe weather conditions such as icing, etc. The advantage here is that outputs can be used directly to ground an aircraft and inform maintenance personnel of what needs fixing or replacing.

Unsupervised Learning for Anomaly Detection: This is a new and growing area of UAS research for maintenance and anomaly tracking. BST has begun applying some of these techniques to specific subsystems such as tracking communication performance. However, this methodology has larger and more exciting possibilities. When applied to the aircraft as a whole, unsupervised learning provides the ability to flag an aircraft for maintenance due to the performance being “out of family.”