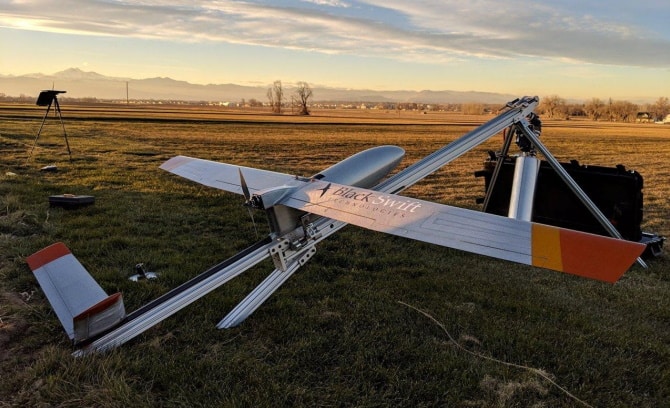 Black Swift Technologies has been named as one of five XCELLENCE Award winners by the Association for Uncrewed Vehicles Systems International (AUVSI) for the Humanitarian and Public Safety Awards. Winners were publicly congratulated during the keynote session on Thursday, April 28 during AUVSI XPONENTIAL 2022 in Orlando.

“During AUVSI’s 50th anniversary year, we are celebrating the accomplishments of the uncrewed systems industry within the last half-century, reflecting on lessons learned, and looking ahead to our vision for the future,” said Brian Wynne, President and CEO of AUVSI. “The 2022 XCELLENCE award winners represent some of the leading innovations and organizations that will help us reach our shared vision of assured autonomy.”

The AUVSI XCELLENCE Awards honor innovators with a demonstrated commitment to advancing autonomy, leading, and promoting safe adoption of uncrewed systems and developing programs that use these technologies to save lives and improve the human condition.

“These XCELLENCE Award winners have been rigorous in their development of new health and safety applications for UAS,” continued Wynne. “These organizations demonstrate that UAS are the future of not just commerce and the economy but are also becoming the primary tools relied on for disaster relief, first response, disease management, environmental tracking, and other critical public safety and health emergencies.”

In September of 2021, a team of Federal scientists and industry engineers pushed back the frontiers of monitoring hazardous volcanoes, flying a small Unmanned Aerial Vehicle (UAV) over an active Alaskan volcano. This public-private partnership between USGS, NASA and Black Swift Technologies LLC showed that cost-effective UAVs equipped with state-of-the-art gas sensors and imaging systems can fly safely Beyond Visual Line-Of-Sight (BVLOS), opening the door to routine autonomous missions over hazardous volcanoes around the world. With this new tool, scientists can alert local and aviation communities to oncoming signs of danger.

“Black Swift Technologies is recognized for delivering reliable, robust, and highly accurate unmanned aircraft systems for gathering data in demanding environments,” said Jack Elston, CEO of Black Swift. “Our team of industry leading experts continue to develop cutting edge capabilities that push the possibilities of the technology. This latest effort showcases capabilities that we hope to continue to build on not only for providing routine observations of remote volcanoes, but also for many different commercial applications that require BVLOS operations.”