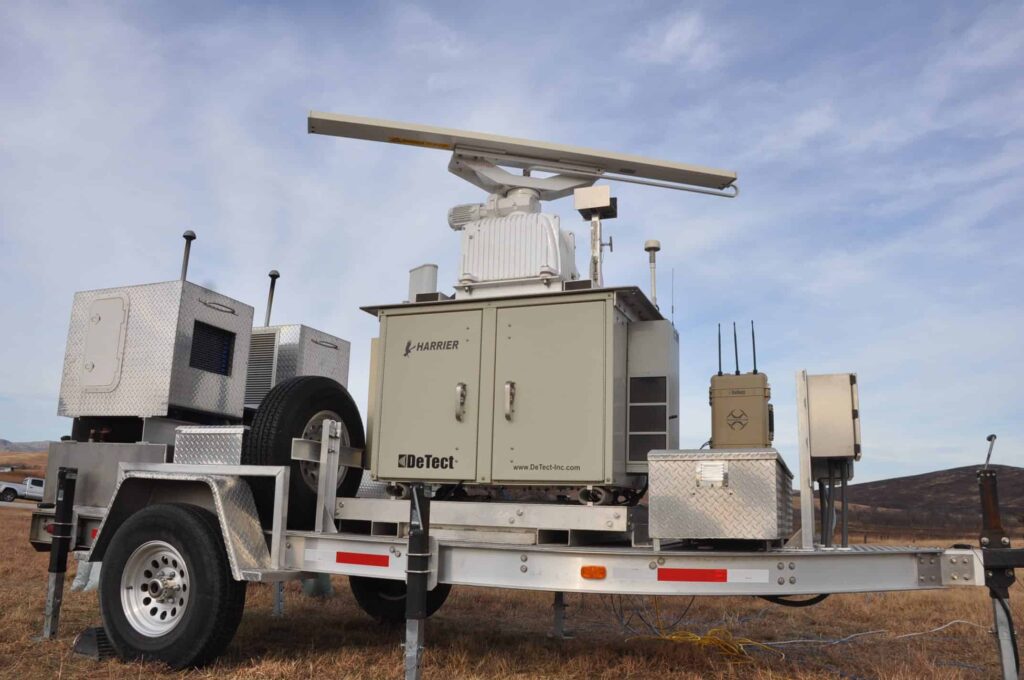 DeTect has announced that it has demonstrated its HARRIER counter-UAS (unmanned aerial systems) system at the U.S. Army’s annual Maneuver Fires Integrated Experiment (MFIX). Originally developed to protect Air Force bases from birds, HARRIER has been adapted to meet a new mission.

“We were already doing these things many years ago,” said Adam Kelly, chief technology officer for DeTect. “The team came together in 2016 and we rapidly moved to where we can integrate things. Now it’s working together as a team to fuse those elements without spending billions and billions of dollars to get the job done. It’s not trivial, but we built on the core technology that we already had.” The traditional HARRIER system has been available to consumers for some time but made its MFIX debut in December 2017 with the goal of putting a soldier behind the controls to get their feedback.

“It’s one thing to say you can make it work in a lab, but it’s another to bring it out into the real world and execute it against vehicles and in something as close as possible to an operational scenario,” continued Kelly. In addition to having eyes on target for a visual confirmation, the system uses a thermal imaging camera so that the radar can track a target across the landscape. The thermal allows the user to track targets at night and also in inclement weather. Developers of HARRIER are working on integrating maneuver aviation fires integrated application (MAFIA), a communications system, to enable Soldiers to disrupt the system on a drone. The goal is to reduce the workload so that the Soldier sitting in front of the system can “push a button” and the system will effectively disable the target.

The end result is to integrate the multiple parts of an easy-to-use system within the overall system. The HARRIER jammer differs from other counter-UAS platforms in that it is able to operate in directional and omni-directional modes depending on the need. Directional negation allows the user to see where friendly and enemy forces are on a screen and choose which nodes to defeat to avoid doing collateral damage. Omni-directional negation sends an umbrella defense, negating all UAVs within its radius. “If you can think of a normal incandescent light bulb, that’s omni-directional,” said Taylor Colapret, systems engineer for Sierra Nevada Corporation. “A spotlight is directional.”

“You can have a small cadre of Soldiers who can control that entire area,” he continued. “They can see the big picture and they can affect negation from any point within that landscape. That’s absolutely the goal.”