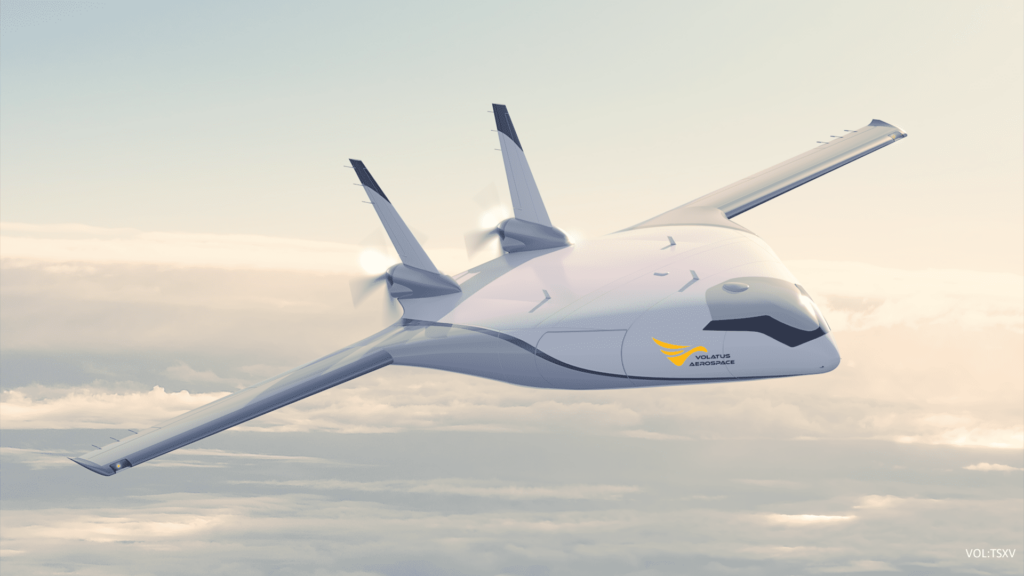 Volatus Aerospace has confirmed that it has secured the first production delivery slot for the new Natilus N3.8T large autonomous UAV (unmanned aerial vehicle), which is currently under development by Natilus, a developer of cargo drone freighters designed to significantly reduce both the cost and environmental impact of air freight.

Natilus integrates three specific technologies to create increased efficiencies: Blended Wing Body (BWB) design, remotely-piloted operation, and container standardization. The Natilus N3.8T offers an estimated 60% more cargo volume than traditional aircraft of the same weight while reducing costs and carbon dioxide per pound by 50%. The aircraft has completed the second wind tunnel test and is expected to begin deliveries in 2025.

Volatus Aviation’s primary mission is to leverage its current business jet charter operation into drone air cargo, beginning with small package delivery and growing into regional airfreight with the addition of the remotely piloted, Natilus N3.8T in 2025.

Glen Lynch, CEO of Volatus, commented: “In November 2021, we announced the expansion of our existing drone services business into the drone cargo market with the introduction of the fully autonomous drones produced by Avidrone. The recent amalgamation with Partner Jet Inc. gives us the commercial infrastructure to operate drone cargo services, and the addition of Natilus aircraft establishes the long-term direction for our aviation division.”

Luc Masse, Executive VP of Volatus and CEO of Volatus’ wholly-owned subsidiary Volatus Aviation, added: “We are already an experienced commercial air carrier with operating authorities and licenses facilitating cargo delivery using both piloted aircraft and drones. We believe the planned addition of these large autonomous drones will allow us to develop important airline partnerships within the air cargo industry.”

Aleksey Matyushev, CEO of Natilus, stated: “Reducing the cost of airfreight by up to 50% will bring fresher produce into our stores, enable cross-border e-commerce to flourish, and enable low infrastructure regions to develop. Natilus is uniquely capable of developing the next generation aircraft due to our understanding and presence in the drone industry and capabilities in commercial aviation. We are excited that Volatus has elected to be one of our first operators.”