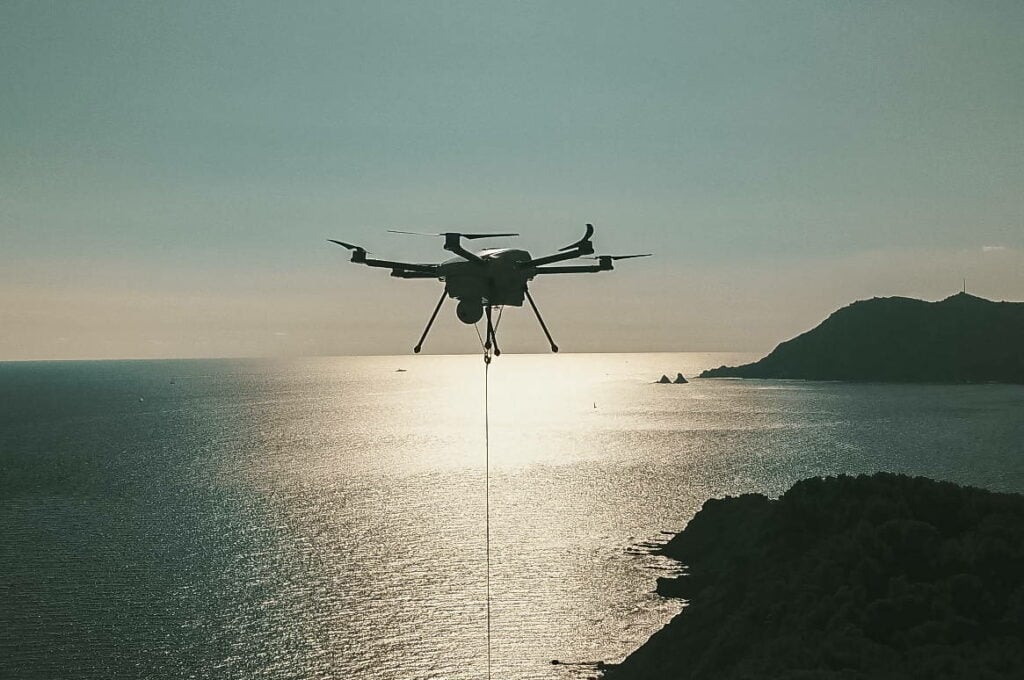 Elistair has successfully raised €5M of funding in order to help accelerate the company’s international expansion. The French manufacturer of tethered drone systems conducts more than 40% of its business in the United States, and after opening a subsidiary in Boston, the company will be increasing its production capacity in order to assert its foothold in the American market while reinforcing its presence in Europe.

Since its creation in 2014, Elistair’s solutions have already been deployed by military forces and national security agencies in over 65 countries. The company’s product ranges include the Orion 2 automated tethered drone, and tether stations that transform free-flying drones into persistent platforms.

The Orion 2 drone acts as an aerial reconnaissance mast, able to detect vehicles more than 6 miles away and substantially increasing the field of vision of operating forces and reducing vulnerable entry points. The system provides clear real-time information, which is key for border surveillance and protection of perimeters and events, and can also be used to deploy tactical communication networks, greatly increasing the range and coverage of military radios.

Elistair’s micro-tether technology solves the issues of limited drone battery life. When connected to a generator or the electrical grid, the micro-tether powers the drone continuously, allowing it to function for 24 hours without interruption. It also provides secure data transfer between the drone and its operator through the tether. This means that the camera feed cannot be saturated, and provides protection against hacking and other interference.

The company is also launching a campaign to recruit around 20 new personnel for its Lyon and Boston sites. The goal is to retain its initial approach – a combination of technological innovation and knowledge of conditions in the field – thanks to a multidisciplinary R&D team and former defense operatives (from the Royal Air Force, Navy SEALs and the French Navy).

Guilhem de Marliave, CEO of Elistair, commented: “Our tethered drones let units on the ground expand their field of vision considerably, as well as their understanding of their nearby environment during operations, which is often a critical factor. This funding round will allow us to consolidate our range of products for the national security and defense segment and to handle the significant amount of orders from recent months.”

Timothée Penet, CTO of Elistair, said: “We plan to accelerate the industrialization of our production processes and build up our R&D capacity. Our technological roadmap aims to develop the next generations of tethered drones capable of responding to any and all kinds of situations and conditions. We will also be boosting our solutions’ intelligence and automation.”

Fabien Collangettes, Venture Capital Principal at Omnes, said: “Elistair is a leading name on the tethered drone market, which is still a relatively new market, but one that is growing quickly. Guilhem and Timothée have demonstrated an impressive execution capacity from the outset, and the company displays a rare level of business maturity after only a few years in operation. This funding will allow the company to shore up its technological leadership, and we are very eager to see the next innovations to be released on the market.”