advanced-navigation News By Caroline Rees / 14 May 2015 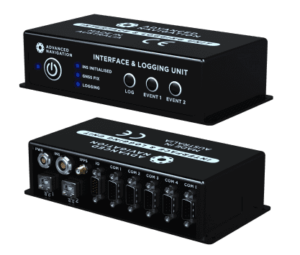 The ILU features 6 RS232/RS422 serial ports, 1 CAN bus, 2 ethernet ports, WiFi and an array of multi-function GPIO pins. All of the interfaces can operate simultaneously with input and output of data in a large selection of different formats. Every single interface is individually optically isolated to prevent grounding issues with other equipment. The system supports both input and output of most major protocols including NMEA 0183, NMEA 2000, TSS, Simrad as well as a number of widely used proprietary protocols.

Data logging is supported from both the connected Advanced Navigation device and every other one of its interfaces simulataneously. Data can be automatically timestamped on arrival for easy synchronisation. The system contains 64GB of logging capacity which can allow the unit to log for months.

A rich web interface features live mapping, real time data plotting and full configuration of devices. The ILU supports all of Advanced Navigation’s products and the web interface dynamically reconfigures based upon what it is connected to.

The ILU is housed in a rugged marine grade aluminium enclosure that is water proof and dirt proof to the IP68 standard. The system features surge, static, overvoltage, short circuit and reverse polarity protection on all of its interfaces.