Auterion works with more than 100 drone manufacturers and its open-source-based applications enable thousands of vehicles—putting its ecosystem at the center of shifts in the cargo delivery vertical.

The survey, polling more than 1,000 consumers across the US, found that a solid majority of Americans (58%) favor the idea of drone deliveries and even more (64%) think drones are becoming an option for home delivery now or will be in the near future. With more than 80% reporting packages delivered to their homes on a regular basis, the survey finds that Americans are generally ready to integrate drone delivery into daily life.

Of the 64% who see drones becoming an option for home delivery,

The minority, 36%, have their doubts, including

But a clear majority, 58%, actively favor drone deliveries, with

As the U.S. emerges from the pandemic, the desire for home package delivery remains high, with a powerful majority (80%) confirming regular delivery: 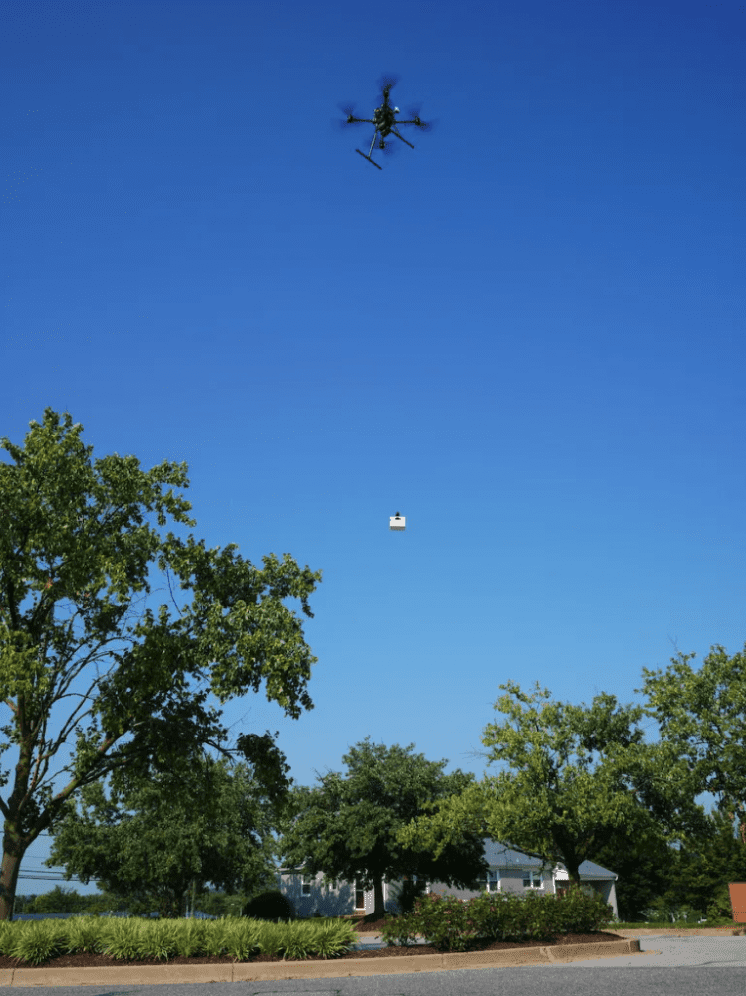 The survey revealed that nearly half of Americans (47%) would make a purchase from a specific retailer due to the option of a drone delivery program.

“Americans are ready for drones to deliver their packages, and retailers that adopt and scale drone delivery programs will find themselves ahead of the curve,” said Lorenz Meier, co-founder and CEO of Auterion. “Cargo is the first instance where most people will directly experience the power of air mobility and autonomous systems—where drones will become a tangible, everyday reality.”

“Our support of common enterprise use cases in inspections, mapping, search and rescue and other areas led us organically to work with partners serving one of the world’s largest retailers,” Meier continued. “Backing this fleet technologically and its large-scale retail operations in urban environments marks a major step forward in scale for us and for the industry as a whole.”

With respondents choosing more than one option, the survey found that the most common types of home package deliveries reported by consumers today, mostly via trucks, vans and cars, are:

In thinking about the near future, a sizable 54% of Americans were willing to consider drones as “the new corner store” for conveniently delivering small and last-minute sundries. Likewise, half (50%) think it’s important that packages, goods or food are available for same-day delivery.

Home delivery of meals remains popular, with more than half of Americans (51%) ordering food from services like Uber Eats and DoorDash. A notable 40% have food or meals delivered to their homes on a weekly basis, 32% monthly, 14% bi-monthly, and 12% daily. The figures show that a robust market exists for scaled retail and food drone delivery.

When it comes to the biggest concerns about drone deliveries, 43% of Americans fear the drone will break down and they won’t get their items, and 19% are distressed about not having human interaction with their delivery person. Other concerns, with respondents choosing more than one option, include:

Nearly all of these concerns are the same ones people experience with any method of delivery and are not delivery vehicle dependent. Drone robotics offers highly trackable direct delivery, as it leverages air instead of ground, and is more capable of accurate delivery timing, which can reduce the amount of time packages are outside. And despite concerns, more than half of Americans (56%) still feel “comfortable” knowing that drones will be delivering items to their homes or businesses in the near future.

“Cargo drones are now able to understand the environment with precision, to communicate through control software in a common language, and to predict safe landing spots in real time for fast package delivery, as well as emergencies and other situations,” added Meier. “While traffic is jammed and fuel prices are volatile, air space is massive and becoming more accessible. Reducing reliance on gas-powered delivery vehicles with tough, environmentally friendly cargo drones is ultimately a safer, more flexible and more cost-effective approach to delivery.”

With respect to consumer costs, free delivery service made drone delivery more appealing to a majority of those surveyed (59%). If there were an additional shipping cost for drone delivery, the highest add-on fee some Americans would be willing to pay ranged from $1 to $10 (41%) to more than $10 (18%). The other 41% would not be willing to pay an extra fee. Notably, if products arrived to the house within an hour, 4 out of 10 Americans (42%) said that they would pay more money.

And while a drone landing pad is not required, 44% of Americans interested in drone delivery were willing to go the extra mile, saying they are open to purchasing a permanent fixture landing pad to ensure delivery to a specific location on their lawn or property.

Auterion commissioned a survey from Propeller Insights of 1,022 adults, gender-balanced and distributed across age groups from 18 to 65+, living in rural, suburban and city environments in the United States. Two-thirds of respondents lived in houses, with the remainder living in condos, apartments or townhouses. Propeller Insights is a full-service market research firm based in Los Angeles, using quantitative and qualitative methodologies to measure and analyze marketplace and consumer opinions, extensively across industries. This survey was conducted in May of 2022.