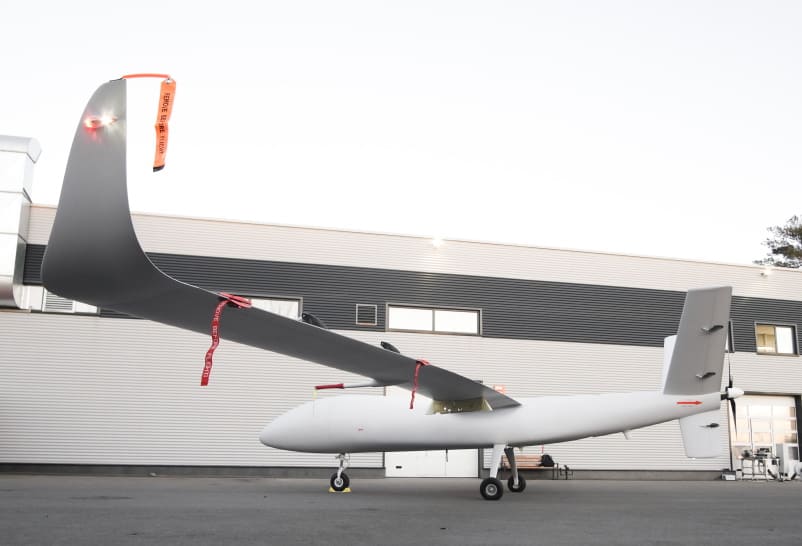 UAVOS has confirmed that it has completed the prototype of its S1-V300 MALE (Medium Altitude Long Endurance) UAS (unmanned aerial system). This advanced aircraft is based on UAVOS’ Saker design, which achieved operational capability in 2020, and features a number of upgrades including a more powerful 260hp heavy fuel engine, increased speed, a 28-hour mission endurance, and a range of over 4000 km.

The aircraft features UAVOS’ proprietary avionics solutions and redundant flight control system, which will enable complex missions to be performed with the MALE UAS. It is equipped with both Line-of-Sight (LOS) and Beyond-Visual-Line-of-Sight (BVLOS) data link systems for over-the-horizon operations. Additionally, the aircraft can be integrated with multiple ISR sensors, including state-of-the-art Electro-optical Infrared (EO/IR) cameras and a Synthetic Aperture Radar (SAR) that offers all-weather, day/night performance for wide-area search capabilities. The S1-V300 UAS will be able to support a variety of overland and maritime Intelligence, Surveillance, and Reconnaissance (ISR) missions worldwide.

The S1-V300 MALE provides fully autonomous operational capabilities, and is equipped with automatic taxi-takeoff and landing systems, satellite communication for extended range, and fully redundant avionics. The UAV is designed to operate in harsh environments, including dry and dusty ambient air. With a 8.7 metre fuselage and 18.7-metre wingspan, it is capable of flying at 220 km/h.

Watch a video about the UAVOS S1-V300 MALE UAS below: