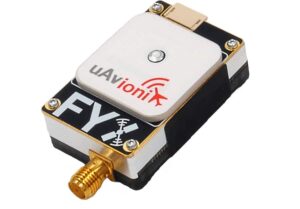 According to uAvionix, the ping1090i is the world’s smallest 1090MHz ADS-B IN and OUT transceiver, and has been specifically designed to meet the SWaP (size, weight and power) requirements of small unmanned aircraft. The unit provides Detect and Avoid (DAA) functionality, transmitting an aircraft’s ADS-B position and altitude messages on 1090MHz and receiving ADS-B messages on both 1090MHz and 978MHz. Incorporating a TSO-certified SBAS GPS and barometric altimeter, ping1090i enables users to see nearby traffic and allows drones to be seen by aircraft and Air Traffic Control (ATC) equipped with an ADS-B receiver.

Under the Australian Government’s Civil Aviation Order 20.18 Amendment, new standards have been published to encourage voluntary use of ADS-B OUT systems on Visual Flight Rules (VFR) aircraft. The aim of the amendment is to enhance the basic VFR safety principle of “see and avoid.” The ping1090i is the second EC device approved by CASA under the new rules, with the first being the uAvionix SkyEcho.