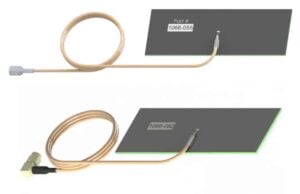 Southwest Antennas has released two new omni-directional 4G LTE antennas designed to be easily hidden from view where required either for operational security or to improve environmental ruggedness in harsh conditions. The compact antennas measure just 4.70″ x 1.70″ and weigh less than one ounce, and can be easily integrated into small unmanned vehicle designs such as UAVs (unmanned aerial vehicles) and UGVs (unmanned ground vehicles).

The penta-band design gives these antennas coverage across all 4G LTE bands both domestically and internationally. They can also be utilized for UHF, L and S sub-band use, making them ideal for commercial ISM applications, DOD / military users, federal law enforcement, and more.

To view the full specifications of the new antennas, visit the following pages on Southwest Antennas’ website: