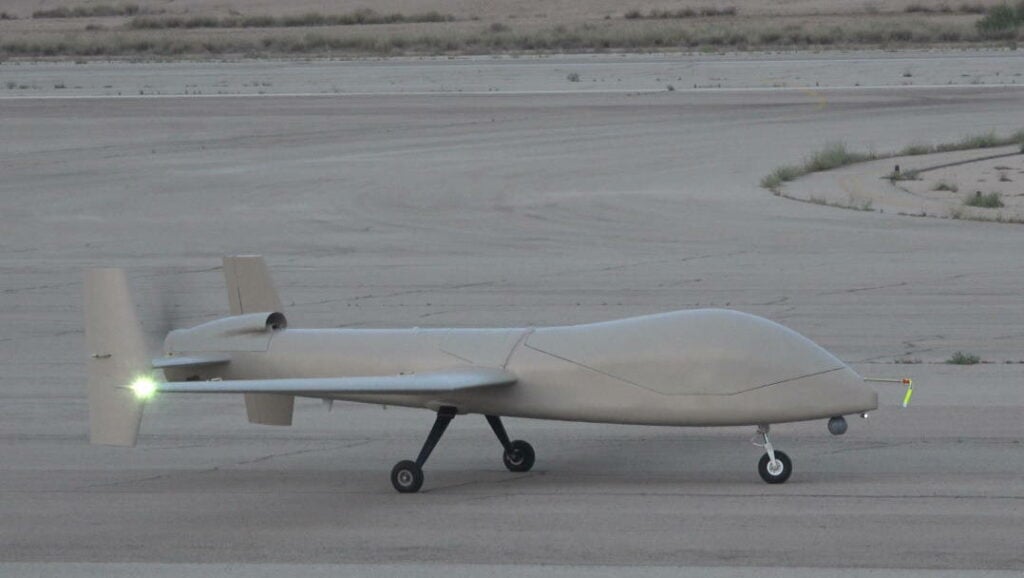 UAVOS has collaborated with King Abdulaziz City for Science and Technology (KACST) in Saudi Arabia to demonstrate a progressive flight control system for the Saker family of medium altitude long endurance (MALE) unmnned aerial systems (UAS). The system allows the UAS to be remotely operated without the need for a ground control station at either the takeoff or landing site.

With this new flight control system capability, the UAS can automatically land on remote runways located thousands of kilometers away, where it is serviced by a crew before taking off for another mission. Combining advanced communication systems with precise automated taxiing, takeoff and landing, the flight control system offers enhanced operational flexibility.

The new capability allows the Saker-1B MALE UAS to be utilised for an expanded range of challenging missions such as counter-smuggling, border control, pollution management, and search & rescue operations. The UAS has a flight endurance of greater than 19 hours and a flight ceiling of 16500 feet (5000m), and is equipped with both Line-of-Sight (LOS) and Beyond Line-of-Sight (BLOS) data link systems for over-the-horizon operations.

Aliaksei Stratsilatau, CEO and Lead Developer at UAVOS, commented: “UAVOS is pleased to have the opportunity to collaborate with KACST on R&D projects. Our scientific partnership has demonstrated a breakthrough operational and technological capability of the flight control system for the Saker-1B MALE UAS family. The full-scale tests were important to confirm the interactions between the flight control system, command & control stations and integrated payload.”