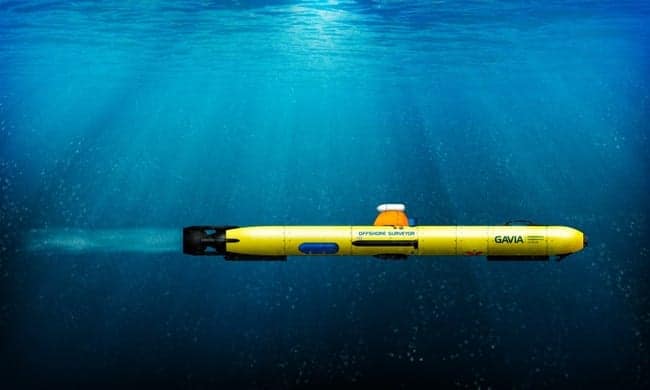 Teledyne Gavia, a developer of marine survey solutions, has announced that it has integrated Marine Magnetics’ Explorer AUV magnetometer with its Gavia Autonomous Underwater Vehicle (AUV).

The Explorer AUV magnetometer is a high accuracy omnidirectional sensor, which is towed behind the vehicle allowing it to operate outside the AUV’s magnetic signature. The Explorer’s high accuracy and sensitivity, small size, low noise, and minimal power requirements make it a tool that is ideally suited for use with AUVs.

Dynamic and static testing of the Gavia AUV was conducted at Marine Magnetics’ facility in Canada and near Teledyne Gavia’s manufacturing facility in Kopavogur, Iceland to validate that the Explorer could measure variations in the magnetic field, rather than the influence of the Gavia moving through the water column. The trial ensured that the data was accurate and free of heading error that might obscure small targets.  The testing produced a data set that was smooth and free from stripping, a by-product of heading error. The pre and post-seeded surveys, completed on separate days, matched up perfectly. The data illustrates the accuracy of both the Explorer magnetometer and the 3D positioning capabilities of the Gavia AUV, allowing the combined Gavia AUV Explorer Mag to locate all of the seeded targets.

“The Gavia AUV’s growing list of available sensors offers our clients an extremely flexible solution for a variety of commercial, military, and scientific applications. The integration of this small, yet sensitive, magnetometer allows users to have a low-logistics AUV with expanded capabilities for UXO mission capabilities in particular”, commented Stefan Reynisson, General Manager of Teledyne Gavia.