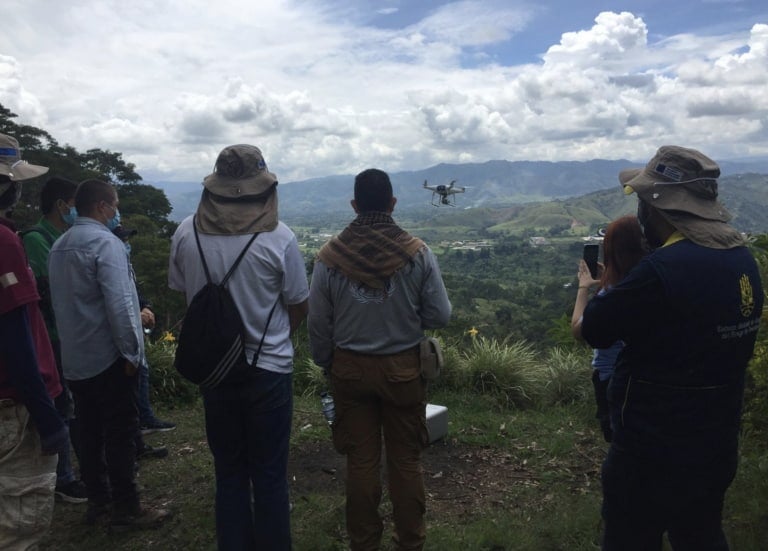 Volatus Aerospace has released the following article highlighting some of the unique challenges that should be understood by drone equipment providers looking to form local partnerships in the Latin America region.

When you look at the drone activities happening in the Latin American market there is a lot going on and even more potential from agriculture and surveying to drone delivery and beyond. As awareness of its potential to create value grows, interest in drone technology continues to expand, like it has for much of the globe.

“One of the misconceptions people have about Latin America is that we are a single region, but each country has its own particularities”, explained Dani Conde, Co-Founder and International Developer at APD Drones, about the unique characteristics of the region. “Trying to measure Latin America as a whole could be potentially complicated. Even macroeconomic trends can be completely different between countries. For example, it is completely different right now to work in Argentina or Venezuela than it is to work in Chile or Brazil. It is better to understand each country as a separate unit—understanding its unique sociopolitical and economic aspects—before taking the leap into these markets.”

APD Drones is an organization working to support all Latin America by offering certification and training, services, and consultations for companies and public services looking to leverage drones in the region.

“For example, we are working with a big pharmaceutical company trying to deliver medications via drone,” said Conde. “We are building the prototypes and the demos for them in both Colombia and Peru to help them determine if a program like this is feasible in those regions.”

The experience Conde and his team have has helped facilitate internal growth in drone technology use throughout the region, but he hopes to attract global businesses to Latin America that will help build the drone industry there. For him, the key to being successful in Latin America is three-fold.

First, you need to know your product or solution and its targeted market. Second, you need to do your homework on which countries will most benefit from that technology.

“Each country has different markets,” explained Conde. “For instance, if you want to go into oil or the communications industry, I’d say that Mexico, Chile, or even Colombia would be the place to start. In terms of agriculture, your best option would be Brazil.”

Once you’ve identified the countries you’d like to enter, you need allies, like APD Drones, in those countries to help you work with government and regulators to establish your product/program/solution.

Regardless of where in Latin America you start, the biggest difference stakeholders will face when expanding their operations will be regulations.

“In Latin America, you have 20 different countries with 20 different regulations,” stated Conde. “This makes it more complicated to go there and deploy a big operation across countries, because you need to comply with the regulations of each of the places you want to fly. In North America and Europe, there are unified and/or similar rules across countries, making it easier to scale across borders. The regulations between each country in Latin America can be quite different.”

Despite the initial challenges, there is a lot to gain by bringing drone solutions to Latin America. Right now, there is growing adoption of drones in construction, agriculture, public safety, and small- and large-scale surveying and mapping projects and increased interest in drone delivery. In the near future, Conde believes that drone use in logistics for both cargo and passengers will become an important market for the region and the world.

“We have a mountainous topography in Latin America that has prevented us from developing an efficient ground transportation system. This makes it difficult to move goods and people throughout the region,” explained Conde. “Drones can be part of the solution to this problem—you don’t need roads to fly a drone, you can fly over mountains. In my opinion, this is going to be massive for us in the coming years.”

Rural regions around the world, where access to basic goods is a challenge, are already becoming important testing grounds for cargo delivery—as we’ve seen in countries like Ghana and Rwanda. Latin America is among those regions that could most benefit from the development of the drone cargo market.

In addition to Logistics, Conde sees drones playing a key role in building up immersive environments for the metaverse and thinks Latin America will be part of these initiatives.

Regardless of the application, Latin America has been embracing drone technology in ways that are solving problems unique to each country and has the potential to take a leading role in the global drone market. The key is to understand the region’s needs and its unique regulatory challenges.