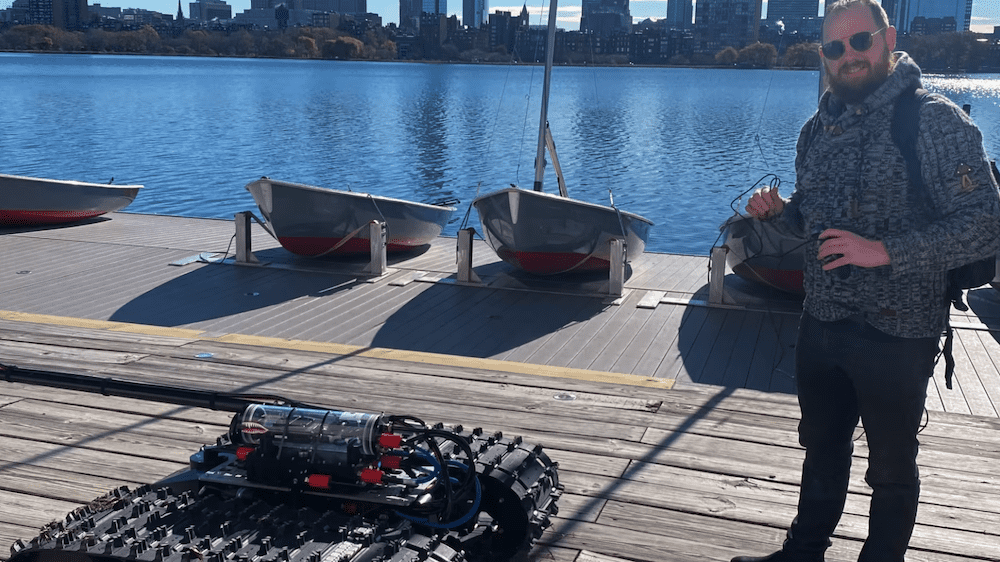 Bayonet Ocean Vehicles has announced that Dylan Hess has joined the sales team as Sales Engineer.

Hess began his career with the US Navy, working on computer and electronic equipment systems, following which he gained years of experience as field service technician in the autonomous underwater vehicle market. This background has allowed him to easily understand the features and functionalities of the amphibious vehicles, and interpret their benefits for the variety of applications they can support.

“Dylan has hit the ground running. He is passionate about our range of vehicles, and understands the spectrum of capability and power they offer. He has already been involved in a variety of customer demonstrations, advising those considering an autonomous underwater ground vehicle for their specific application, and demonstrating their benefits for the end user,” said Nick Hartman, VP Growth and Strategy. “He has been a great addition to the team, and we look forward to many years of growing the autonomous underwater ground vehicle market.”

Bayonet Ocean Vehicles’ autonomous crawlers can easily work in the surf zone, carrying larger sensor payloads on the seafloor. They can be fitted with a variety of environmental, oceanographic, hydrographic benthic and industry specific sensors for a range of commercial and military applications.

More from Bayonet Ocean Vehicles
Autonomous Amphibious Response Vehicles Chosen for Rapid Prototyping The DIU has chosen Greensea Systems and Nauticus Robotics to deliver prototype A2RVs capable of detecting, identifying, localizing, inspecting, and neutralizing explosive hazards from very shallow water through the surf zone to the beach exit 18 Oct 2022
Autonomous Amphibious Crawler Robots for Military & Civilian Applications Bayonet's crawler robots can survive challenging marine conditions and can be equipped with a variety of payloads 13 Jul 2022
Amphibious Crawling Robots for Defense and Commercial Applications Bayonet's robots are deployable from land or water and have been designed to traverse the ocean floor as well as operate on land 02 Jun 2022
Send Inquiry / Request Quote