Vanguard has released the following article that highlights the differences between lead acid and lithium-ion batteries, and is the first in a series of three explaining battery technology. The article is aimed at readers looking to choose a battery solution for a particular application such as UAVs (unmanned aerial vehicles), UGVs (unmanned ground vehicles) or other robotic platforms. 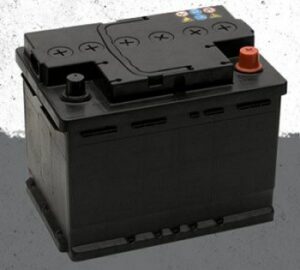 First invented in 1859, the lead acid battery is perhaps the most well-known. As the earliest type of rechargeable battery, it’s popular for its low cost and high surge currents. For that reason, many automobiles rely on lead acid batteries to power engine starters.

Because lead acid batteries don’t require sophisticated electronics to function, they often tend to be less expensive up front. “It’s a ‘dumb battery’ and it will be pretty tolerant of whatever you put it up against,” says Schulenberg. “It can handle really simple charging devices and mechanisms. If you short-circuit it, it’s not likely to explode. It can also tolerate ‘dirty’ power.”

Plus, lead acid batteries are notoriously heavy. And while weight is often thought of as a disadvantage, in some unique applications the heavier lead acid battery can actually be an advantage. “For example, when you’re using a forklift, the lead acid battery acts as a counterweight at the back — offsetting the weight you’re carrying in the front and keeping it from tipping over,” says Schulenberg
In a nutshell, a lead acid battery gets the job done with no frills but can be a cumbersome power source due to its weight and high internal resistance. “Lead acid batteries heat up when they are charged or discharged, and heat is wasted energy,” says Schulenberg. “This is especially true when putting a lot of current into or out of the battery. In high use cases the efficiency can drop to as low as 50%.” 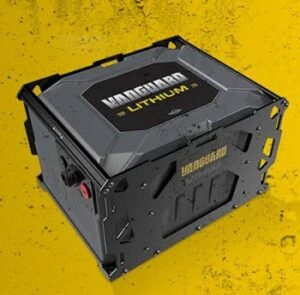 Making its debut more than a century after the lead acid battery, commercial lithium-ion batteries hit the market in 1991. “Generally speaking, lithium-ion batteries are ‘smart,’” says Schulenberg. “They need some sort of intelligence on board — and with that comes a whole bunch of fantastic capabilities.”

Just like lead acid, a lithium-ion battery is rechargeable. But that’s about where the similarities end.

Not only is it more capable, it’s also more efficient than lead acid. Lithium-ion has a much larger usable range in terms of capacity. “Typically speaking, you can only use about half of the capacity in a lead acid battery, whereas with lithium-ion we’re able to get upwards of 93-plus percent efficiency,” says Schulenberg.

The self-discharge rate (discharge that occurs while the battery is in an open-circuit condition) also outpaces lead acid. You can set a lithium-ion battery on a shelf and it will hold its charge for an extremely long period of time. “That’s incredibly important when it comes to long-term storage,” says Schulenberg. Whereas if you set a lead acid battery on that same shelf, you could come back to a dead battery.
Not only do lithium-ion batteries hold a charge longer, they also have a more robust cycle life. “Any battery you’re using over and over again loses a little bit of capacity with every cycle — but lead acid falls off at a usable capacity significantly faster than lithium-ion,” says Schulenberg.

To top it all off, lithium-ion batteries are also incredibly light. “Lithium-ion is five times lighter than a lead acid battery for the same amount of energy, which is an important advantage for OEMs when designing equipment,” says Schulenberg.

Which battery is right for you?

While there are distinct differences between lead acid and lithium-ion batteries, your application will often determine which battery is the right power solution for your needs. A lead acid battery may fit the bill for some short-term applications where high surge currents are all you need, and weight isn’t a factor.

For everything else, look to lithium-ion solutions, such as the Vanguard Battery, for an intelligent battery that can provide superior performance over the lifetime of your equipment.