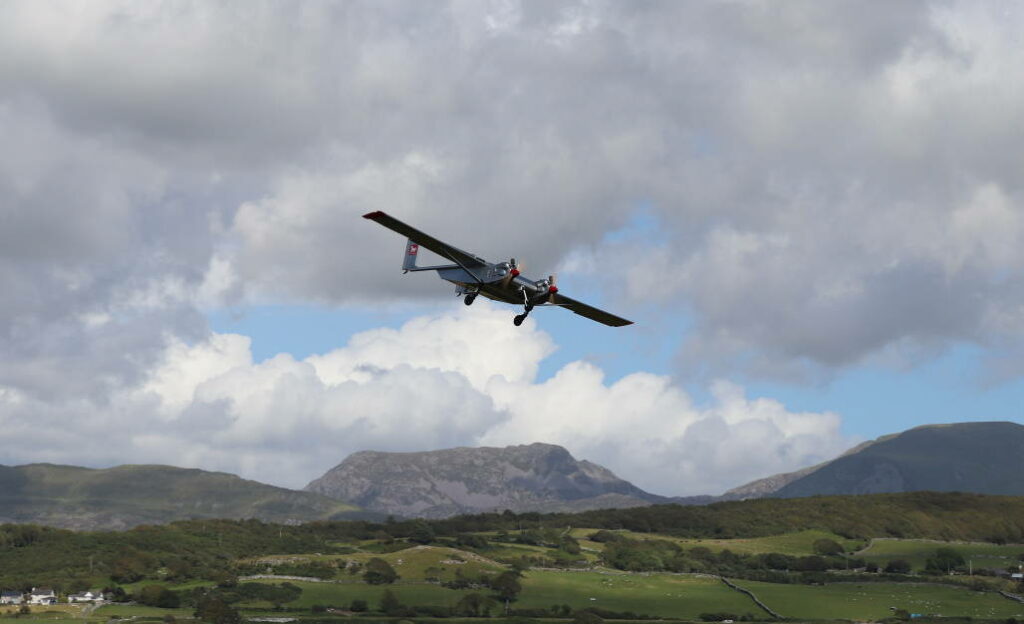 Vanguard has released the following article detailing how its Small Block Engines have been used to power the ULTRA UAV (unmanned aerial vehicle), a platform created by unmanned delivery technology developers Windracers for rapid medical and food aid distribution.

To date, the most reliable and inexpensive means for delivering aid relief is by truck. Windracers, an unmanned aerial vehicle (UAV) company, intends to change that.

“We realized we could use emerging UAV technologies to help solve several key world issues, starting with medical and food aid distribution,” said Charles Scales, CEO and co-founder of Windracers.

Charles and his co-founder, Stephen Wright, looked at the international aid landscape and saw that due to poor ground infrastructure, weather and topography challenges, it often takes up to six months for aid to reach recipients in countries such as South Sudan. “Sadly, millions of people in the UN World Food Programme emergency zones require food aid — and up to six-month delivery times are, this day and age unacceptable. UAV technologies can play a real part in closing that gap,” said Charles.

Charles and Stephen founded Windracers in 2017 to provide UAV-based transportation services to the global humanitarian aid, research and environmental protection communities. What followed was several years of concepting, working in close partnership with Southampton University in England, culminating in the Windracers ULTRA UAV.

Designed to carry 100 kilos up to 1,000 kilometers (220lbs up to 621 miles), the ULTRA UAV is designed to be inexpensive, robust and reliable. “There’s nothing else like it,” says Charles. “We used aluminum for the body, which is highly recyclable, relatively inexpensive and robust. It’s smartly built so we can deliver aid at an economic price point — and one day, be cheaper than a truck.”

The first step in designing something no one else has ever attempted is determining the heart of the machine. “There’s no guide to creating a UAV like this, so we started with the engine,” says Charles. “Everything revolves around the power solution.” 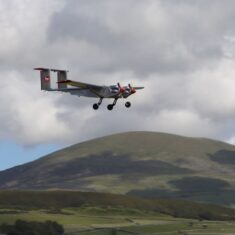 When you not only need power, but you need power that can fly, your standards are going to be high. Windracers’ team of aeronautical engineers took the weight and power ratio into consideration, while also thinking about durability, parts availability and the reliability and reach of the power solution manufacturer’s service and support.

The company’s driving philosophy — “no single point of failure” — is applied to every component of its work. That includes the engines at the heart of its UAV.

“We needed to find a company that’s been in the business for a long time — someone who knows what they’re doing and has an excellent reputation,” says Charles. “We determined that company is Briggs & Stratton.”

Briggs & Stratton’s line of Vanguard engines ticked all the boxes for Windracers. “It’s an engine that’s been proven in commercial applications,” says Charles. “More importantly, the service intervals are much longer than most UAV aviation engines, so we know we can rely on them.”

By spec’ing two engines on the drone, Windracers ensures that if one engine encounters an issue, the ULTRA UAV could abort its mission and return to its origin on the second engine’s power, thus eliminating the possibility of lost aid and/or a lost UAV. “The horsepower available between the two engines is absolutely critical,” says Charles .

The Briggs & Stratton team took measures to help Windracers reduce the weight of the two Vanguard Small Block engines by removing non-critical components. “The engines are highly advanced,” says Charles. “They’re tough, they do the job, and they fit within our aviation weight constraints.”

In line with the “no single point of failure” philosophy, Mark and Charles maintain a close working relationship to ensure the Vanguard engines meet Windracers needs. The Power Application Centre Europe (PACE), led by Gerhard Ihrig, along with the US PAC team led by Ron Weber, engine application specialist at Briggs & Stratton, have been heavily involved in the project. “We have a great relationship — we ask questions and Briggs answers them with a solution quickly,” says Charles. “It’s exactly the partnership we need at this stage in our development.”

Back in 2015, when Windracers was just a concept, the team never imagined the ULTRA UAV would be delivering global pandemic aid.

But then in 2020, COVID-19 hit the United Kingdom’s shores. “Many island and remote hospitals were worried about getting necessary drugs and PPE, as well as blood samples and tests back and forth from the main logistical and test centers on mainland UK locations,” says Charles. In particular, Southampton City Council began to explore alternative transportation options to the Isle of Wight off the UK’s south coast. But with reduced ferry services and grounded aviation their options were limited. “That’s where we were called upon and came in with our ULTRA unmanned system,” says Charles. 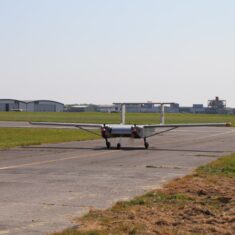 Since the Windracers ULTRA UAV was designed to fly 1,000 kilometers for a typical aid delivery, they had secured approval from the UK Civil Aviation Authority to conduct Beyond Visual Line of Sight flights. “That changed the landscape for us. It allowed us to start stretching our legs and — critically — gave us the ability to fly from a mainland to an island,” says Charles.

The Southampton City Council engaged the Windracers team to fly medical supplies with the ULTRA UAV using an air corridor between the mainland and the Isle of Wight. The first flight delivered a 50kg load of supplies to St Mary’s NHS in just 20 minutes. “We found we could provide the quick response needed by the medical teams — they need something, and we can get it there in a matter of an hour or less,” says Charles.

The impact to the communities and hospitals was immediate. The UAV provides pilot-free, weather-resistant and efficient medical aid delivery. “It’s autonomous, so that helps keep the virus from entering the island through an ill pilot, and it can fly during inclement weather, and is very rapid when compared to a ship-based service,” says Charles. “It’s absolutely changing medical logistics.”

The Windracers team is proud to see its ULTRA UAV put to use delivering necessary medical aid to its local community. “The ethos of Windracers is to find a better way of doing things using UAV technologies,” says Charles. What better way to demonstrate that than providing critical medical supplies in the midst of a pandemic with its UAV technology.

And at the heart of it all, are the two Vanguard Small Block engines — powering the ULTRA UAV so it can swiftly and reliably deliver aid to those in need.

More from Vanguard
New 48V Rugged Lithium-Ion Battery Pack Launched The rugged battery pack can be combined in parallel to provide outputs of up to 100 kWh and is ideal for a range of UGV and robotics applications 12 Apr 2022
Rugged Power Solution for Battlefield UGVs Vanguard, a developer of advanced power and propulsion solutions for unmanned systems such as UAVs (unmanned aerial vehicles) and UGVs... 20 Oct 2021
New Rugged 10kWh Lithium-Ion Battery Pack Launched Vanguard has launched its new 10kWh Commercial Lithium-Ion Battery Pack, the largest power solution in the company’s lithium-ion product family,... 11 Aug 2021
Case Study: Power Solutions for Rugged UGVs Vanguard has released a case study detailing how its lithium-ion battery solutions have been integrated into ARGO’s autonomous all-terrain UGV... 23 Jun 2021
Insight: Lead Acid vs Lithium-Ion Batteries Vanguard has released the following article that highlights the differences between lead acid and lithium-ion batteries, and is the first... 09 Jun 2021
Vanguard Battery Packs Provided for Electrification Services Vanguard has entered into an agreement with Technotrade in the Czech Republic to deliver fully electrified power solutions developed around... 28 May 2021
+ View More Articles
Send Inquiry / Request Quote