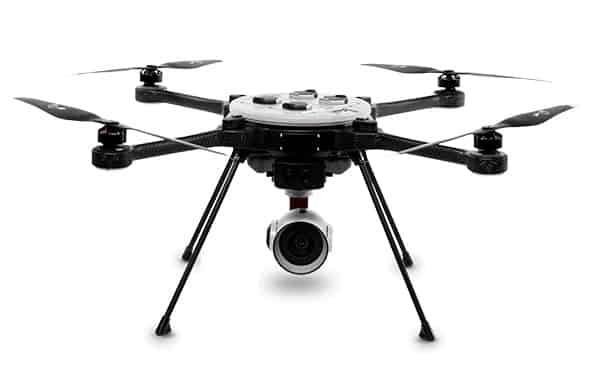 Revector has launched the Revector Detector Drone (RDD), a search and rescue device for UAVs (unmanned aerial vehicles) designed to locate survivors using their mobile phones. Drones equipped with the new device can fly over hard-to-reach areas in the aftermath of natural disasters or accidents, to deliver a new level of flexibility and functionality to search and rescue teams.

The RDD platform features technology that mimics a base station so that mobile phones of victims connect to it, helping search and rescue teams quickly and effectively identify the location of injured or lost people and send rescuers to support them. The lightweight system weighs as little as five kilograms, and can monitor an area of 10 kilometres for up to 90 minutes, accurately identifying a lost or injured person and their phone to within a 20-metre area.

The technology can be deployed by mountain rescue teams, police forces and the military to enhance the speed of search and rescue operations by identifying their exact location in advance of sending a rescue team.

Andy Gent, CEO of Revector, commented: “Search and Rescue teams rely on quickly locating where critically injured people are to ensure fast and safe recovery. Not knowing where a victim is means rescue teams risk not only slowing a recovery operation but also possibly risking more lives in extreme environments. RDD enables rescue teams to know exactly where injured people are on a mountain, in a forest or even in the aftermath of an earthquake as long as someone has an active mobile phone.”

“In 2020 Mountain Rescue alone was called on in England and Wales more than 3000 times. RDD can not only help ensure that injured people have a better chance of early rescue, but also help brave Mountain Rescue teams to remain safe in extreme and challenging environments.”

Smallest, lightest and highest performing IMSI and Wi-Fi Grabber technology on the market.