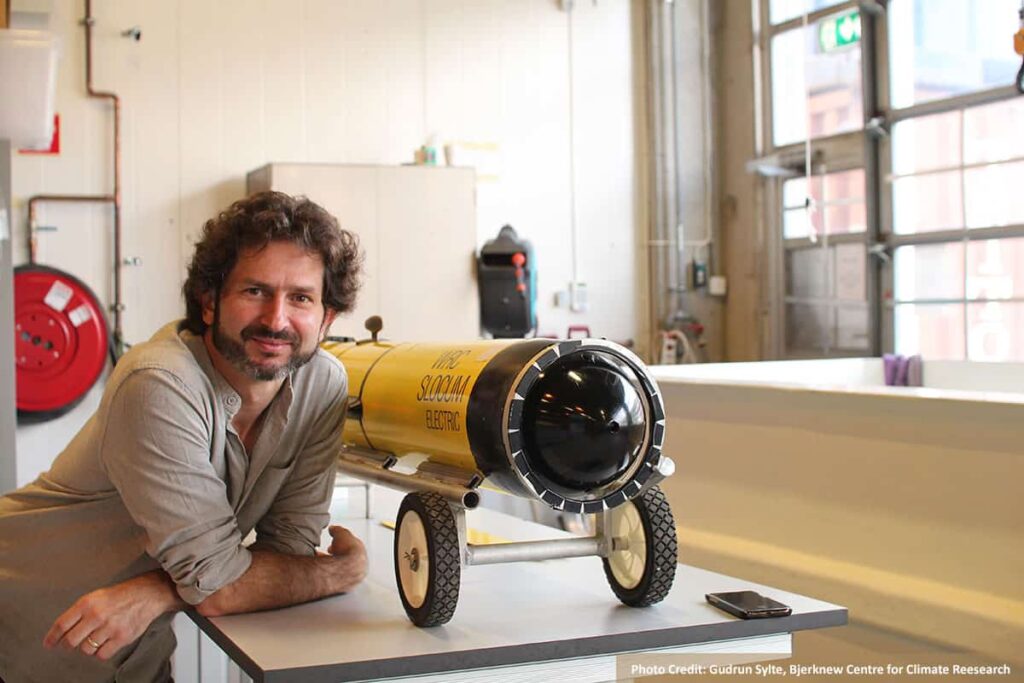 Teledyne’s Slocum glider, which has been in service around the world for over 25 years with more than 850 units delivered to various institutions, is a proven scientific platform designed for oceanographic research and monitoring in a wide range of sea conditions and locations. It features a wide array of sensor and payload options, as well as long endurance capabilities and low energy consumption, and can be controlled remotely or operate autonomously. The ease of use and low operational costs make the Slocum an ideal tool for an array of scientific applications.

The Slocum G3 gliders provided to the University of Bergen’s Geophysical Institute are depth-rated to 1000m and feature the new G3 processor, which provides higher speeds, improved performance and increased reliability. The gliders have been equipped with oceanographic sensors including CTD (conductivity, temperature and depth) instruments. The longer endurance gliders feature an extended energy bay and lithium primary batteries, along with G3 thrusters, to enable long-endurance deployments in excess of 10 months. The rechargeable gliders utilize the Slocum G3 lithium rechargeable (extended) batteries for missions of over 4 months.

Ilker Fer, project leader at NorEMSO (the Norwegian node for the European Multidisciplinary Seafloor and water column Observatory), commented: “The University of Bergen acquired the five Slocum G3 gliders under the Norwegian Infrastructure project NorEMSO, funded by the Research Council of Norway. The gliders will be used to collect hydrographic measurements in sections across the continental slope of Norway, across Fram Strait between Svalbard and Greenland, and in Greenland and Iceland Seas. The scientific objective is to better understand the drivers for the temporal and spatial changes of water mass transformations and ocean circulation in the region, with particular attention to the warm Atlantic Water boundary current flowing into the Arctic Ocean, its return circulation, and deep water production regions in Greenland and Iceland Seas.”

Arnar Steingrimsson, Senior Director of Business Development – Vehicles at Teledyne Marine, stated: “We are excited to have been selected by the University of Bergen for the supply of multiple gliders for current and future oceanographic research in Norway and look forward to close collaboration for years to come.”