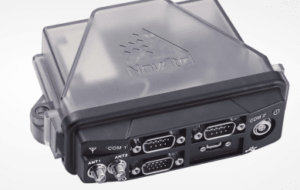 Designed for efficient and rapid integration, this compact, lightweight receiver tracks GPS, GLONASS, Galileo and BeiDou. Antenna placement is flexible which means the antenna baseline can be set according to space available on the vehicle and the heading accuracy required. In addition, the modular nature of the FlexPak6D’s OEM6® firmware provides users with the ability to configure the receiver for their unique application needs.