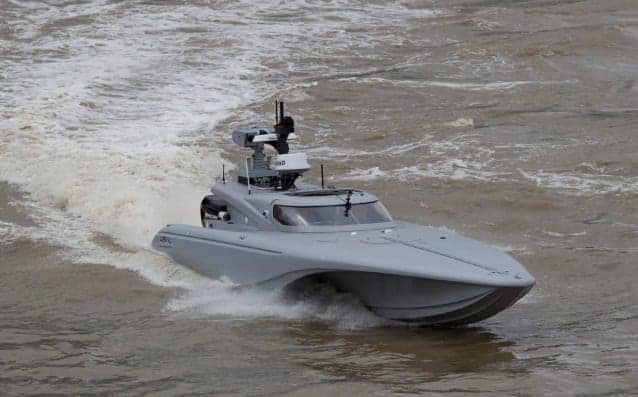 Ship technology companies Sonardyne International Ltd., and Guidance Marine Limited have announced that they are working together on a project that will help unmanned autonomous vessels navigate, even when they lose access to global navigation satellite systems (GNSS).

The Innovate UK-backed AutoMINDER (Autonomous MarIne Navigation in Denied EnviRonments) project will also create a common interface structure to allow the different sensors to be fed into one platform and develop an industry standard.

During initial trials, a CyScan was mounted on Sonardyne’s Echo Explorer survey vessel incorporating additional GeoLock functionality. During a transit, between Sonardyne’s Plymouth Sea Trials and Training Centre and at the company’s classroom facility in nearby Turnchapel, where surface markers were located, the two instruments were used to calculate Echo Explorer’s position. Less than 0.5 metre positional deviation over a 1 kilometre transit was achieved during the trial, when compared with local, shore-based RTK Global Positioning System (GPS) data.

“By proving and demonstrating these technologies, we will enable autonomous vessels to behave in a safe and predictable manner beyond the point at which existing systems revert to human control. This will include safe, reliable positioning in the event of a sensor failure (such as the denial of GNSS, which is becoming ever-more common), and enhanced positioning to enable moving in challenging and complex environments,“ said Derek Lynch, Sonardyne’s Global Business Manager for Marine Vessel Systems.