The intensity of light that propagates through glass optical fiber is fundamentally limited by the glass itself. A novel fiber design using a hollow, air-filled core removes this limitation and dramatically improves performance by forcing light to travel through channels of air, instead of the glass around it. 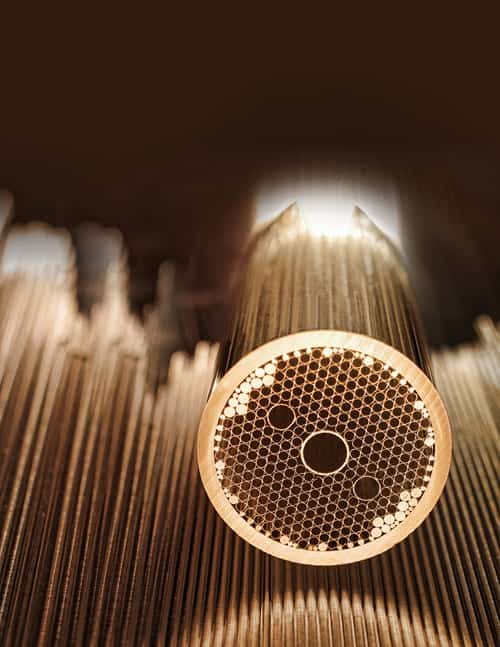 Although hollow-core fiber has been available from overseas suppliers for years, DARPA’s ongoing Compact Ultra-Stable Gyro for Absolute Reference (COUGAR) program has brought design and production capacity inside the United States and developed it to a level that exceeds the state of the art.

A team of DARPA-funded researchers led by Honeywell International Inc. developed the technology. The hollow-core fiber is the first to include three critical performance-enabling properties:

“Previous instantiations of hollow-core fiber have shown these high propagation speeds, but they weren’t able to do so in combination with the properties that make it useful for military applications,” said Josh Conway, DARPA program manager. “The real breakthrough with COUGAR fiber is that it can achieve a single-spatial-mode, maintain polarization and provide low loss, all while keeping more than 99 percent of the optical beam in the air.”

“While we are still working on integrating this new technology into a gyroscope, the fiber itself is revolutionary,” added Conway. “This type of technology may also lend itself to other types of high-power sensors and additional applications where intense optical beams are required. Hollow-core fiber is also naturally radiation hardened, so it may open up fiber applications to space systems.”