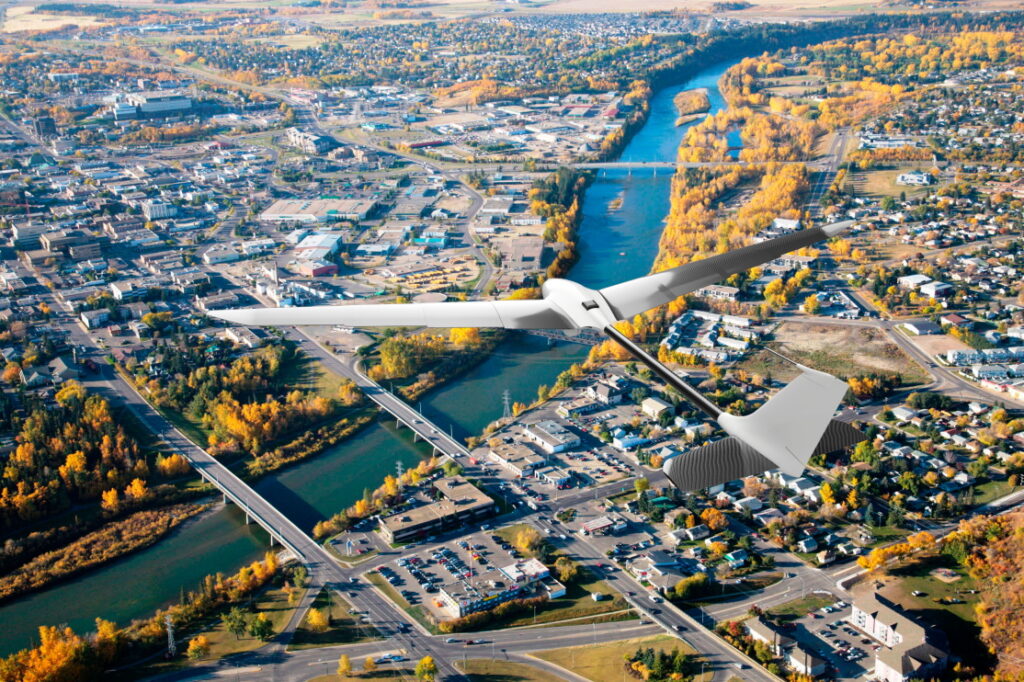 WINGXPAND, the developers of an innovative fixed-wing UAV (unmanned aerial vehicle) platform that expands from a backpack, have confirmed that the company has won accolades for both “Most Innovative Technology of the Year” and “Top Company for Women in Emerging Aviation Technology.”

The WINGXPAND aerial intelligence platform has been designed to fulfil a wide variety of roles, including helping farmers grow more yield, allowing public safety crews to respond to emergencies faster, and keeping soldiers safe. The U.S.-made and patented aircraft combines the small size and simplicity of a quadcopter drone with the power and endurance of airplane wings, allowing it to fly up to five times longer and carry up to ten times more weight than traditional drones.

In 2022, WINGXPAND was one of 12 businesses competitively selected out of more than 600 international companies to participate in Techstars Los Angeles, a startup accelerator program in partnership with the U.S. Space Force and NASA’s Jet Propulsion Laboratory. WINGXPAND was also chosen as a 2022 ‘St. Louis Arch Grants’ recipient.

Customer demand and support from key stakeholders has driven WINGXPAND’s growth across a variety of public and private sector industries, including agriculture, public safety, oil & gas, and disaster response. The company attended 14 trade shows in 2022 alone and was asked to give keynote presentations at 4 major events. The defense community has also taken notice of WINGXPAND’s capabilities. The company recently performed a test demonstration for the U.S. Special Forces and has received written support from the U.S. Air Force.

WINGXPAND was awarded “Most Innovative Technology of the Year” out of more than 300 companies and organizations at the Natural Disaster Expo in Anaheim, CA, where CEO and Co-Founder, James Barbieri, was invited to give a keynote on “Expanding What’s Possible with Drone Disaster Response.”

WINGXPAND was also named a “Top Company for Women in Emerging Aviation Technology” by the Women and Drones Network. The award was presented at the Consumer Electronics Show (CES) in Las Vegas, and was received by WINGXPAND’s Chief Customer Officer and Co-Founder, Michelle Madaras.