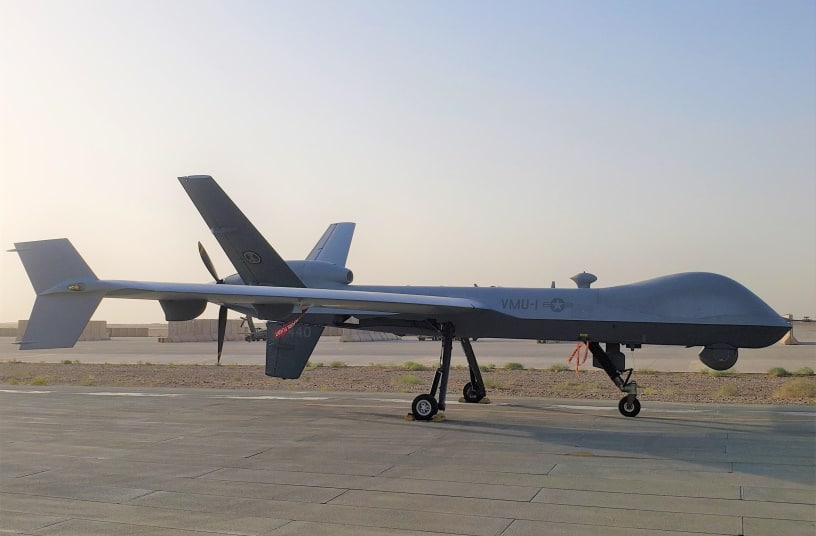 The U.S. Navy has awarded a contract to multiple vendors for the development of a new network pod for the Marine Corps’ MQ-9 Reaper UAS (unmanned aerial system). The first phase of the Airborne Network Extension (ANE) Skytower II (STII) will be developed by industry partners Global Air Logistics and Training (GALT), Northrop Grumman and L-3 Harris.

The Multi-Mission Tactical Unmanned Air System program office (PMA-266) awarded the contract under an Other Transaction Agreement/Authority (OTA) – a contract vehicle used by the government to streamline research and development and prototype development.

STII is required to execute the Intelligence, Surveillance, and Reconnaissance (ISR) concept of operations by providing tactically relevant operational communications and data sharing capabilities at the tactical edge. It supports interoperability with existing STI capabilities to include multiple waveforms.

The ANE will have provisions to complement a collection of onboard sensors and off-board systems, and facilitate the retransmission, cross-banding and translation of data across gateway-connected networks. It will also enhance battlespace awareness and information sharing capabilities amongst the integrated Naval and Joint Force, connecting disparate networks and enabling the execution of mission-critical information exchange requirements.

After the first phase of research and development is complete, the Navy and Marine Corps plan to prototype demo on surrogate aircraft and then prototype the system on an MQ-9A aircraft.

The MQ-9 Reaper provides Marines with a long-range ISR capability in support of maritime domain awareness and expeditionary advanced based operations in contested environments. MQ-9s are scheduled to deploy with this new system in 2026.

Michelle Dutko, PMA-266’s STII team lead, commented: “This OTA allowed the contracts team to tailor the scope of the project and narrow down vendor capabilities by releasing a Statement of Need (SON) early on. The OTA also provided the opportunity for the team to develop the statement of work with vendor input therefore streamlining the normal processing time to contract award.”