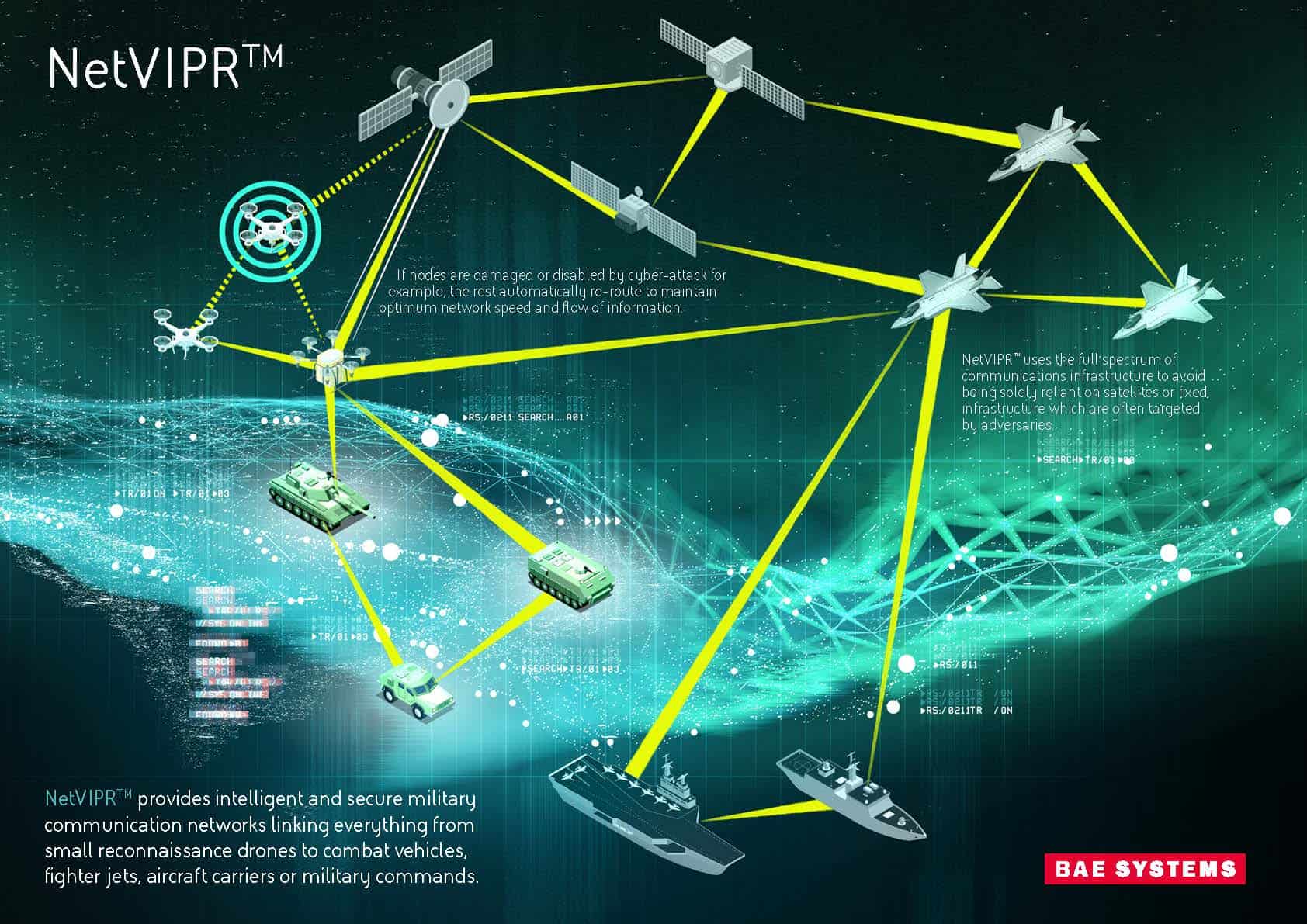 The modern, multi-domain battlefield that comprises land, sea, air, space, cyber and electronic warfare is hugely contested and it is vital that militaries maintain control of their communications in this challenging environment.

NetVIPR is made up of a series of nodes and each node in the secure network is able to add, access and move data. This means that even if some nodes are damaged in warfare, the rest automatically reroute to maintain optimum network speed and flow of information, making it highly resilient.

Traditional military networks rely on hardware being set up and then maintained by specialists. As NetVIPR uses software to perform functions usually carried out by hardware it can be updated from remote locations instead of the frontline, providing uninterrupted network access and data transmission.

This ‘plug and play’ approach works with communications hardware found in most military platforms. Over the past two years, BAE Systems has demonstrated NetVIPR’s capability on a range of equipment, integrating it with existing military radio systems. The team has also demonstrated the network management interface, enabling military users to configure and monitor the NetVIPR network.

Dave Sullivan, development lead of NetVIPR explained: “Building deployable communications networks in an operational battlespace is a complex challenge. NetVIPR is a software solution providing an intelligent, flexible and secure network that can be deployed from Command Headquarters all the way down to uncrewed air vehicles or other new autonomous platforms.”

The NetVIPRTM programme team is based within Digital Intelligence at Christchurch, Dorset.