Elistair’s ORION 2 will be used to secure the impact zone and collect images needed for analyzing land, air and coastal operations elistair News By Phoebe Grinter / 18 May 2022 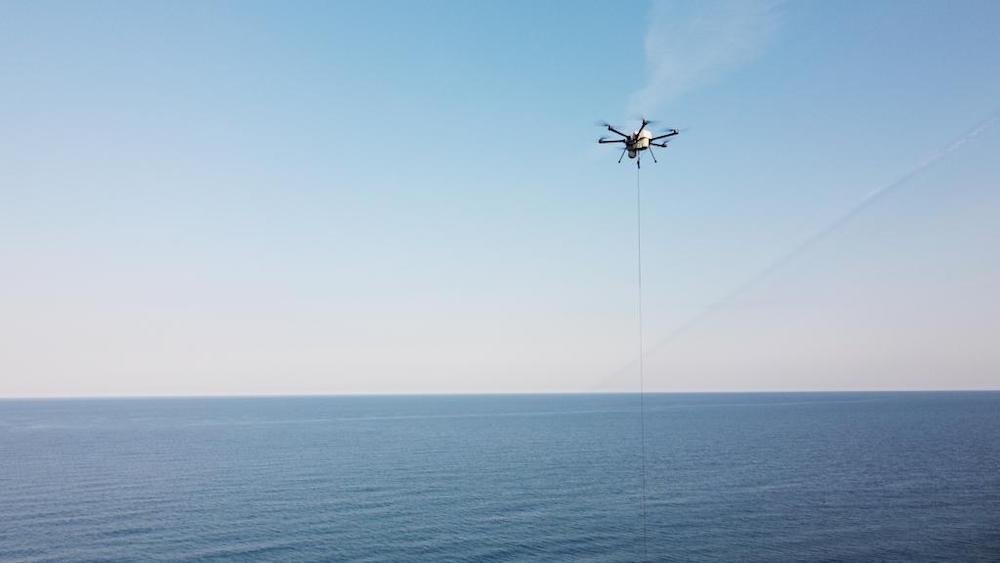 Elistair has been awarded a framework agreement by the DGA (French Armament General Directorate) for the supply of ORION 2 tethered Unmanned Aerial Vehicles (UAVs).

The DGA EM (DGA Missile Test Unit), a reference center in Europe for missile flight tests, has selected the ORION 2 tethered UAV to reinforce its surveillance and observation system for the test areas.

The contract was awarded to meet the requirements of DGA EM’s Landes and Mediterranean sites, and the Mediterranean and Aquitaine flight test sites of DGA EV (DGA Flight Tests).

During the tests, which can last up to several hours, the ORION 2’s mission will be used to secure the impact zone and collect images needed for analyzing land, air and coastal operations. The tethered drones will extend the current scope of surveillance, with detection capacities now covering a 10km radius, even in poor weather conditions.

Designed for persistent flights, the ORION 2 is an automated smart tethered drone capable of flying at a height of 100m for 24 hours. Its tether secures data transfer and protects against jamming and interference. The ORION 2 has successfully passed the DGA’s Information Systems Security (ISS) certification tests.

“This new contract is a major milestone for Elistair, and we are proud of the DGA’s renewed confidence in our company and our solutions,” said Elistair CEO Guilhem de Marliave. “The ORION 2 was selected and approved after extensive work by our teams on ISS (Information Systems Security) hardening, and this new success boosts its positioning as a reference for tactical UAVs used for perimeter protection.”