The company will also showcase its rugged HPC server powered by AMD EPYC, and the SEMIL IP67 fanless computers neousys-technology News By Phoebe Grinter / 27 May 2022 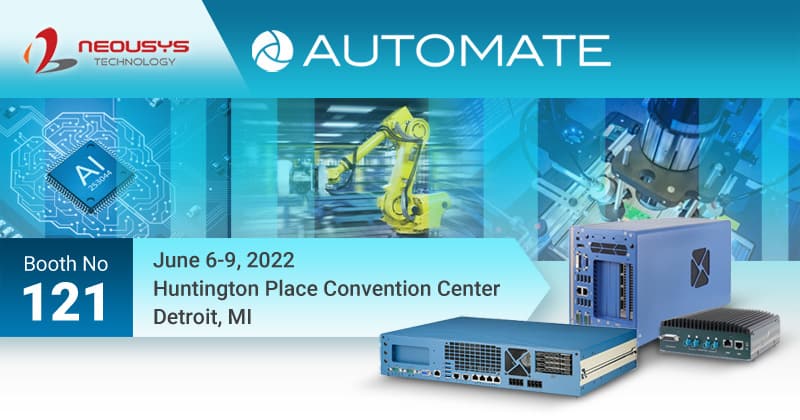 The Neousys Nuvo-9000 rugged embedded computer utilizes the Intel 12th-Gen Core series that comes with performance and efficient cores. The system can provide up to twice the overall system performance when compared to 9th-Gen platforms. Unlike the standard independent loading mechanism on most systems, Nuvo-9000 features Neousys’ unique CPU holder. It evenly distributes the load for optimum heatsink contact and offers efficient heat dissipation for maximum performance.

The company has dedicated vast resources to other areas of research, to push edge AI beyond its boundaries. At the show, visitors can witness a revolutionary rugged HPC server powered by the AMD EPYC 7003 series CPU, and IP67 waterproof fanless GPU computers for extreme deployments. The systems aim to offer high TFLOPS performance to satisfy AI-assisted edge computing for more advanced applications in extreme deployment.