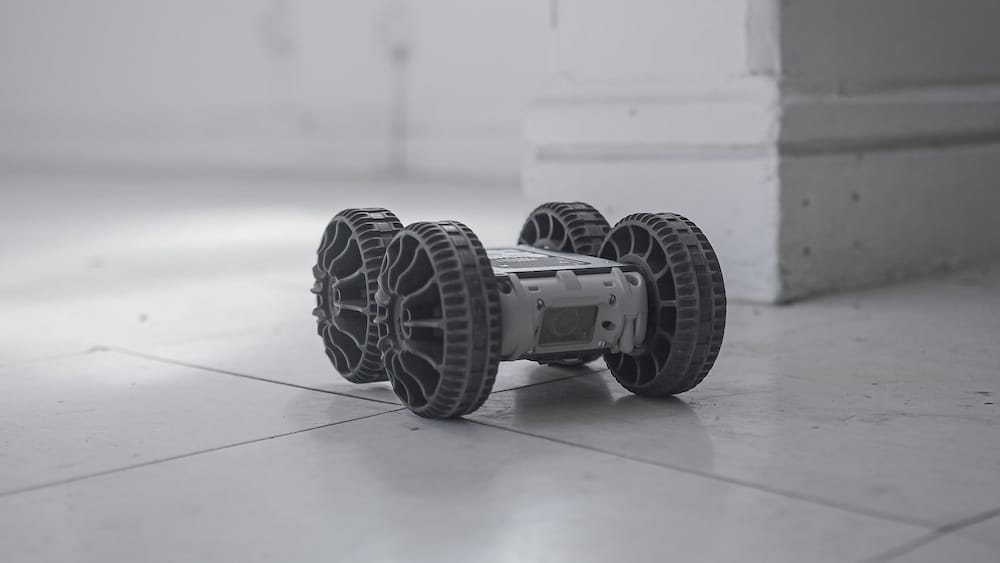 Sky-Hero, Aardvark Tactical, and PROJECT7 ARMOR have expanded their tactical robotics suite with the release of the new SIGYN Mk1 Recon System, a compact, throwable robot.

With 150-degree views allowing for an impressive scope, dimmable IR LEDs on the front, back, and top of the vehicle provide video clarity and NVG lighting. SIGYN Mk1 is purpose built with aviation-grade carbon fiber and reinforced with polycarbonate frames for a rugged but lightweight build, allowing the operator to deploy the bot with a single-handed throw.

SIGYN Mk1 is seamlessly integrated into the Sky-Hero Tactical Robotics Suite and is operated via the Odyssy GCS, the same handheld GCS controller that operates the LOKI Mk2. The small, rugged Odyssy GCS controller employs the superior Odyssy platform, an ultra-secure interface that does not require the use of GPS, WiFi, or cell service. Its strong AES 256 encryption and diversified analog audio-video receptors prohibit signal interception and secure all vehicle, payload, and intelligence data. The GCS can operate up to four devices simultaneously. This allows a single operator to control any combination of up to four LOKI sUAS and/or SIGYN Unmanned Ground Vehicles (UGVs) simultaneously from a single GCS controller. It also allows other team members to choose between and watch any of the four device feeds from the new Tactical Wrist Viewer, regardless of which device is currently being controlled.

The new suite of payloads, from diversionary devices to sensors, will expand to support the SIGYN and be interchangeable between Loki and SIGYN in Q3 2022. All products are designed and constructed in Europe and the United States by NATO allies and supported in the United States by Aardvark Tactical.

Sky-Hero and PROJECT7 are expanding their partnership in order to create an entire line of deployment accessories for LOKI and SIGYN, ensuring that they remain the most tactically deployable robots in the world.

The new PROJECT7 accessories include the PROJECT7 ILB-FLEX backpack system, purpose-built for Sky-Hero robotics. The system is mission configurable with removable pouches and panels, allowing the end user to select and carry only the items required for the current mission. PROJECT7 is also releasing a new leg carrying system for SIGYN, a revised version of the LOKI Vest Integration System (LVIS), and a new P7 Gauntlet to house the new remote viewer.

Driven by innovative technology, the Sky-Hero Tactical Robotics Suite allows operators to eliminate the risk of the unknown in close-quartered indoor operations.