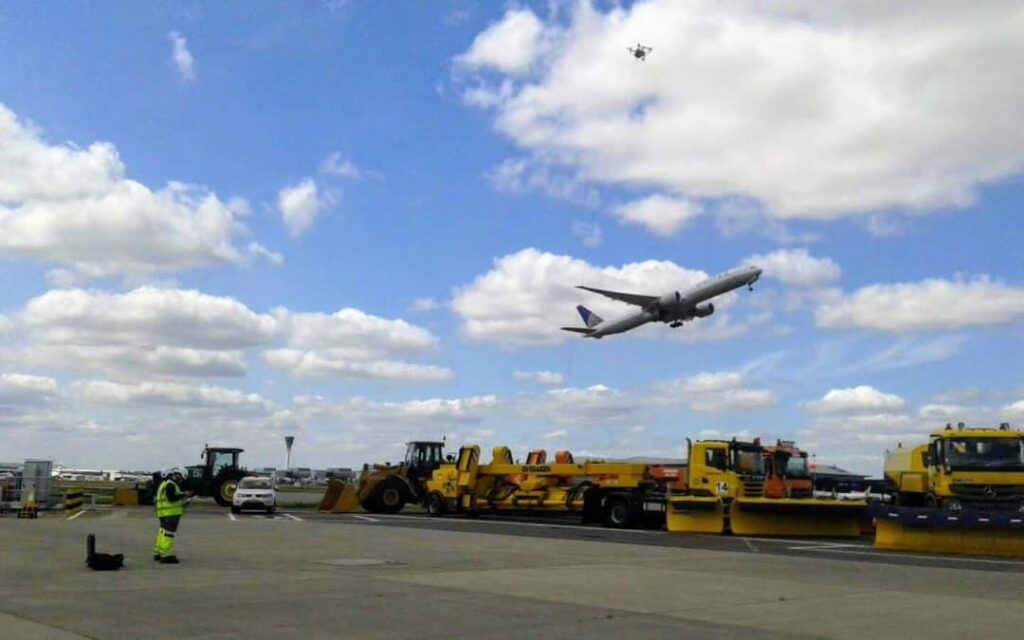 Elistair has released the following article detailing a demonstration conducted in Malaysia that showed how the company’s tethered drone systems can enhance the perimeter security of an airport, as well as how they can be deployed for public safety during incidents such as the current global pandemic.

In order to showcase the value of tethered drone systems in enhancing the perimeter security of an airport, the Three Tis Group of Companies, based in Malaysia, conducted a demonstration with an Elistair tethered UAS (unmanned aerial system) for Malaysia Airport Holdings Berhad, which manages 39 airports across the country.

The aim of the demonstration was to conduct a realistic mission with a DJI Matrice 210 drone equipped with two different payloads – an EO/IR (Electro-Optical/Infra-Red) camera for day and night surveillance, and an amplified loudspeaker designed by the Three Tis engineering team for broadcasting purposes.

As small UAS are generally limited to less than an hour’s flight time, an Elistair tethered drone station can help extend mission time by supplying the UAS with continuous power, allowing operators to have an uninterrupted surveillance picture. Connected to the ground station through the Kevlar micro tether, the UAS can fly up to heights of 100m. Another benefit of being tethered is the physical security that comes from having a UAS connected to the ground. This is a huge advantage when considering the risk of conducting drone operations in an aviation environment. Consequently, the operators were able to monitor large areas of the airport at once, including taxiways, dispersals, runways and the terminal buildings, for eight continuous hours from a safe distance.

This exercise was conducted a few weeks before the Covid-19 virus was declared a pandemic and put many countries into a state of lockdown, including closing of borders and restriction of movement. The demonstration showed that Elistair tethered drone solutions are also suitable for assisting with population security. The pandemic has compelled authorities around the world to rely on revolutionary technology such as drones; China and Spain have deployed drone fleets with thermal cameras and speakers to patrol and warn people to respect social distancing rules. In Dubai, the government has used drones to spray disinfectant in the streets at night.

Tethered drones are ideal for providing an uninterrupted view of areas where potential gatherings can take place, as well as for monitoring using thermal cameras. Due to the endurance and high vantage point, they can reduce the need to send regular patrols and therefore minimise the contact of law enforcement officers with people. The systems can also act as a deterrent by providing a visible presence in an area.