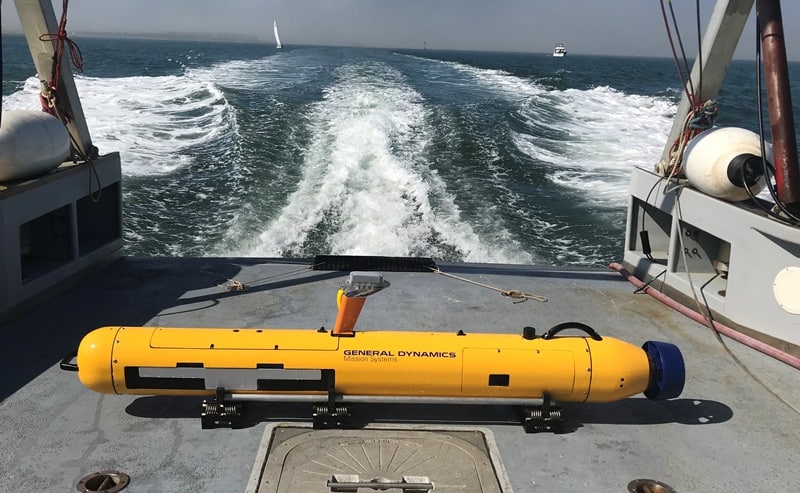 Sonardyne’s Solstice multi-aperture sonar has been integrated into software used by the Royal Australian Navy (RAN) to process data collected by mine countermeasure UUVs (unmanned underwater vehicles). Partnering with Australian defence software engineering company Solutions from Silicon (SfS), Sonardyne has ensured that this data can now be imported, processed and displayed in the most recent release of MINTACS (Mine Warfare Tactical Command Software).

Solstice is now fitted as standard to General Dynamics Mission Systems’ Bluefin-9 and Bluefin-12 UUVs, and the RAN is due to add seven of these vehicles to its fleet under its SEA 1778 program. They will be based at HMAS Waterhen in Sydney and will be used to search for, classify and identify sea mines.

In addition to reading and displaying data from the Solstice multi-aperture sonar, MINTACS provides the ability to mark mine-like objects (MLOs) of interest and process the images with its powerful onboard automatic target recognition (ATR) capability. MINTACS is in service with many countries around the world, including the national navies of the UK, Australia, Malaysia, United Arab Emirates, New Zealand and Sweden.

Russell Norman, Technical Director at SfS, commented: “Naval Mine Warfare is currently experiencing a major generational change that once complete will see unmanned and autonomous systems take on virtually all aspects of a traditional crewed mine hunter, including detection, classification, identification, and neutralization. With the significantly increased sonar ranges provided by Solstice, compared with traditional side-scan sonar, the goal of achieving the required area coverage rates is one step closer.”

Ioseba Tena, Global Business Manager – Defence & Robotics at Sonardyne, stated: “At Sonardyne we are really proud to be supporting SfS and their efforts to provide additional capability to the Royal Australian Navy. We’re confident that, with Solstice data now within the MINTACS database, the Royal Australian Navy will see tangible gains as part of its ongoing expansion of its deployable mine countermeasures capability in the maritime domain.”