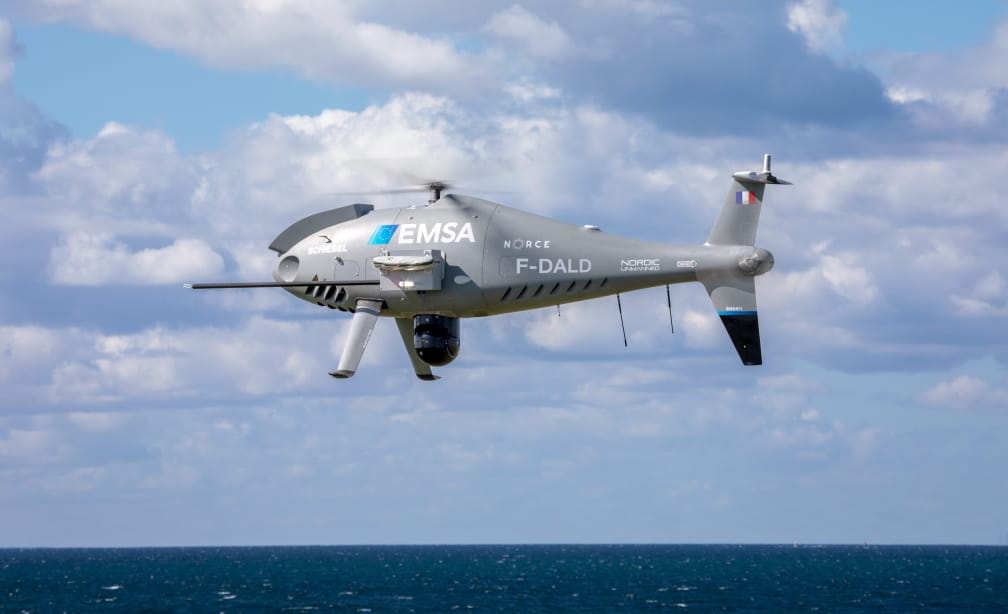 Schiebel, in conjunction with its partners Nordic Unmanned and the NORCE Research Institute AS, is deploying its CAMCOPTER S-100 UAS (unmanned aerial system) to monitor the sulphur content of ship emissions in the strait of Pas-de-Calais for the French maritime authorities. This service is being offered by the European Maritime Safety Agency (EMSA).

The region being monitored is one of the world’s busiest shipping lanes, and the CAMCOPTER S-100 is being used to ensure compliance with the EU rules governing the sulphur content of marine fuels. Measurements are transmitted in real time through the EMSA RPAS (Remotely Piloted Aircraft System) Data Centre to the relevant authorities.

As part of its contract with the EMSA, Schiebel provides various maritime surveillance services to several EU member states and EU bodies. The CAMCOPTER S-100 UAS is currently also being deployed in Denmark for emission monitoring purposes, as well as in Finland supporting the coast guard. Outside of the EMSA contract, the unmanned aircraft is also being used by the French Navy to conduct maritime surveillance.

The S-100 has a flight endurance of more than six hours and operates both during the day and at night. It is equipped with an Explicit mini sniffer sensor system, an Electro-Optical / Infra-Red (EO/IR) camera gimbal and an Automatic Identification System (AIS) receiver.

Hans Georg Schiebel, Chairman of the Schiebel Group, commented: “Due to its multi-payload capacity, the applications for the S-100 are limitless. The sulphur sniffing capability is one of the latest innovations and we are very proud to play such an important role in enforcing marine fuel sulphur content regulations.”