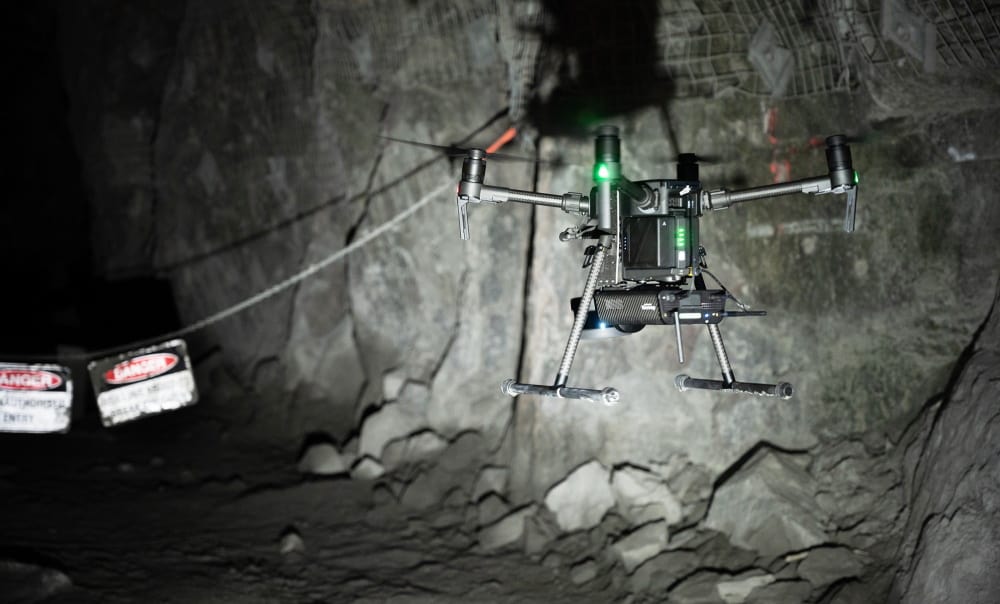 The new AL2 technology is part of Emesent’s simultaneous localization and mapping (SLAM)-based autonomy stack, which allows drones to perform autonomous exploration, navigation and LiDAR mapping in hazardous and hard-to-access environments such as mines, civil construction works, telecommunications infrastructure and disaster response areas. Unmanned vehicles equipped with these capabilities can fly beyond communications range, self-navigate and avoid obstacles including thin wires and branches. AL2 can be operated from take-off to landing by setting smart waypoints in a live 3D map streamed to a tablet, allowing operators to remain a safe distance from hazards.

Velodyne Puck LITE sensors deliver high-resolution LiDAR imagery that can be used to measure and analyze indoor and outdoor environments. Designed for applications that require a sensor with a low weight and compact size, the Puck LITE delivers high resolution and performance for unmanned systems and mobile sensing applications. It provides a full 360-degree environmental view to deliver real-time 3D data, which can be used by companies to gain better data insights on how to make mines and other environments safe.

Dr. Stefan Hrabar, Emesent CEO, commented: “The Velodyne Puck LITE is simply a sensational sensor for creating drone-based mapping and autonomy solutions because of its compact size, light weight and performance – all critical for drone-mounted systems. The sensor was an essential ingredient in helping us to create game-changing new technology that can obtain vital data in challenging environments in real time without risking the machine or operator safety.”

Jon Barad, Vice President of Business Development at Velodyne Lidar, stated: “Emesent’s innovative use of Velodyne’s lidar sensors is helping to deliver valuable data and insights that were previously impossible to access. In addition to what they provide today to the mining, infrastructure, survey and mapping industries, it is exciting to consider how this innovation will help usher in a new era of autonomous drone operation across a variety of other industries.”

Emesent is an Automated with Velodyne partner, working on state-of-the-art drone autonomy technologies for GPS-denied environments. The company recently placed fourth in the urban circuit of the DARPA SubterraneanChallenge together with the Robotics and Autonomous Systems Group at the Commonwealth Scientific and Industrial Research Organization (CSIRO) and Georgia Institute of Technology.