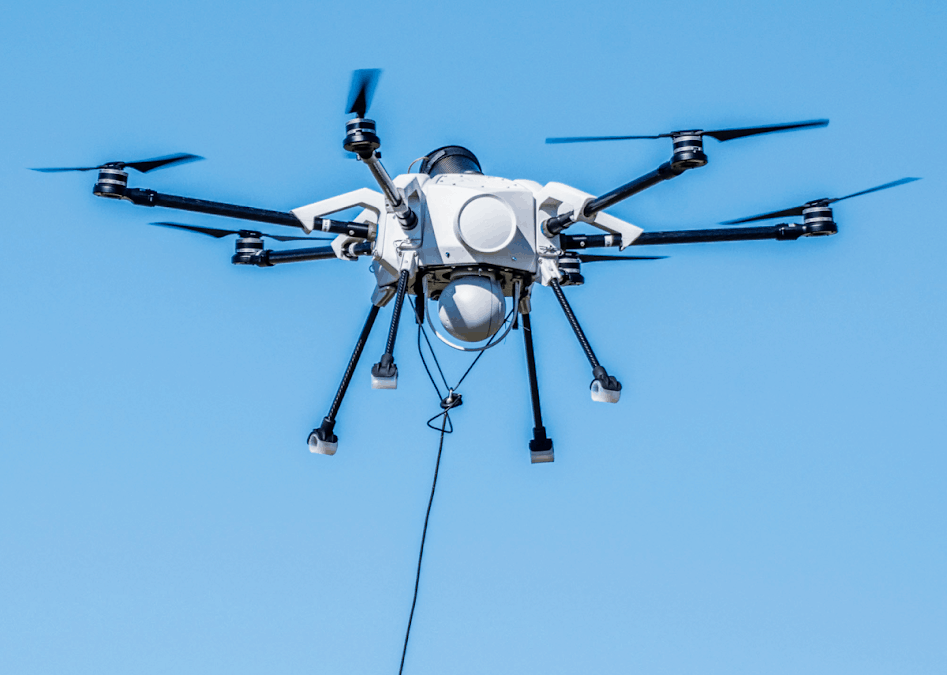 Elistair has released a video showing the deployment of its Orion tethered UAS (unmanned aerial system) during an anti-terror drill conducted in France. The drill, conducted as part of inter-ministerial CBRN-E (chemical, biological, radiological, nuclear and explosives) zonal training, simulated a terrorist attack during which chemical agents were dispersed.

The Orion tethered drone was used to provide persistent surveillance of the area, and to efficiently coordinate a large number of emergency workers, providing critical situational awareness before first responders were committed to the contaminated zone. More than 200 people from health, rescue, defence, and security services were mobilized, as well an extra 130 people playing the part of victims.

Orion can be deployed in a few minutes and can draw unlimited power from its ground station, doing away with the need to rely on batteries. The drone can be constrained to safe flight zone by its micro-tether system, advanced GNSS positioning and autopilot system. With the ability to reach 80 metres in altitude, it can stay in the air for up to 10 consecutive hours. It features state-of the art gimbal-stabilized EO/IR sensors for operation during the day or at night.

Watch the video of the Orion tethered UAS operating during the anti-terror drill below: