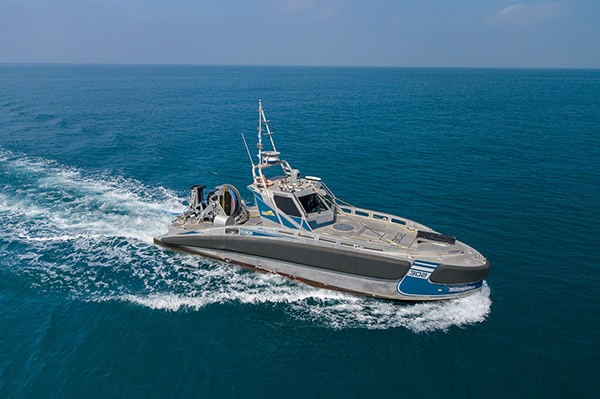 The TRAPS-USV version is a compact variant of the TRAPS, an operationally proven technology that is designed for detection, classification, localization, and tracking of submarines in ASW (anti-submarine warfare) operations. TRAPS systems can be permanently fitted to a vessel or temporarily housed onboard in a container, with variants available to suit any size and purpose of vessel. The TRAPS-USV is a lightweight version that still maintains all acoustic active sonar capabilities of the regular TRAPS.

The Israeli Navy has also rrecently converted a Helicopter Long-Range Active Sonar (HELRAS) dipping sonar for use with the Seagull USV.

The Seagull autonomous multi-mission USV features a plug and play, modular mission payload suite and in addition to ASW, is also designed to carry out mine countermeasures (MCM), electronic warfare (EW), maritime security, underwater surveys and other missions.