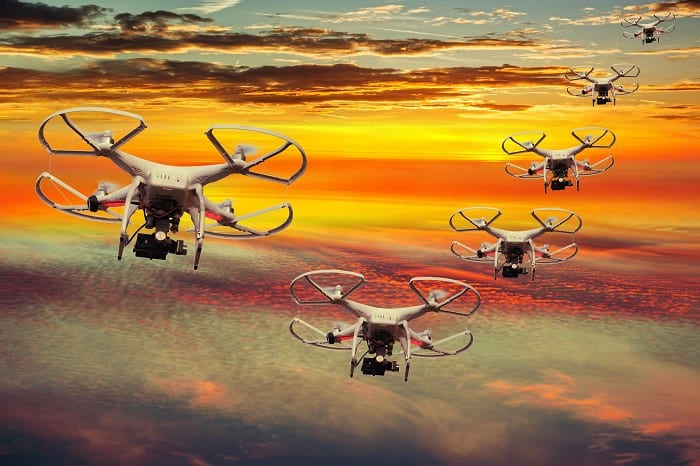 Charles River Analytics, a developer of intelligent systems technologies, has announced that it has been awarded funding under the DARPA OFFensive Swarm-Enabled Tactics (OFFSET) program to develop machine learning approaches that can be applied to drone and unmanned system swarming capabilities. The project, part of DARPA’s fourth swarm sprint for the OFFSET program, is known as Meta-Reinforcement Learning Innovation for Robust Swarm Tactics (MERLIN-RST).

OFFSET swarm tactics, based on biology-inspired algorithms and deep machine learning, help groups of unmanned vehicles to work together in an adaptable fashion in order to achieve mission objectives. Manual advancement and evolution of these tactics by human programmers, however, is too slow and inaccurate to keep up with changing environments and hostile forces’ strategies.

The new MERLIN effort will augment existing OFFSET simulators to model swarm performance in a wide range of challenging urban environments. It build on other recent work performed by Charles River Analytics for the OFFSET program, including Ecological User Interfaces for Rapid Operational Teaming with Autonomous Swarms (EUROPA) and Swarm Algorithms and Tactics for Urban Reconnaissance and Isolation (SATURN).

Michael Harradon, Senior Scientist at Charles River Analytics and Principal Investigator on the MERLIN effort, commented: “MERLIN explores a rich, complex, and unpredictable search space that describes the many possible forms a tactic can take and automatically optimize it to a wide range of mission goals. We’re laying the groundwork for a highly flexible design process that can dramatically improve swarm effectiveness.”