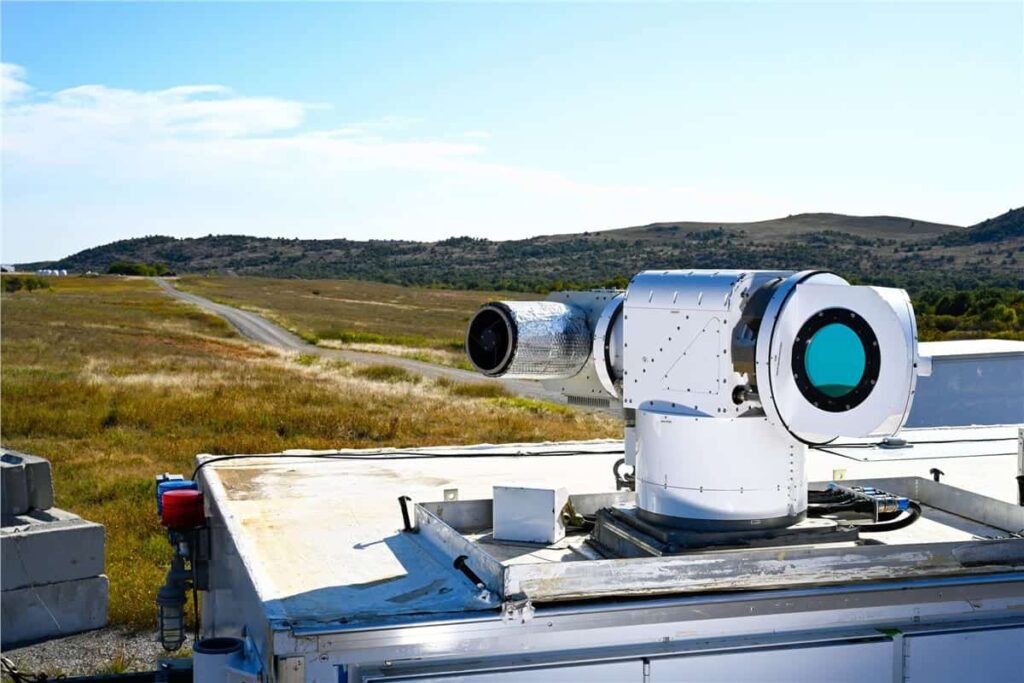 Lockheed Martin has announced that the company has demonstrated its new counter-UAS (unmanned aerial system) laser weapon system for the U.S. Air Force at a government test range at Fort Sill, Oklahoma. The new system successfully engaged and shot down multiple fixed-wing and rotary drones.

The system, known as the Advanced Test High Energy Asset (ATHENA), has been designed to provide a complementary anti-drone capability and seamlessly integrate with systems already in use by U.S. armed forces. The high-energy laser system is easily transportable, and can be rapidly deployed to defend military bases and other high-value assets.

During the demonstration, ATHENA was operated by USAF personnel in a fully-netted engagement environment equipped with a government command and control (C2) system and radar sensor. The ATHENA operators were provided with intelligence from the C2 system, allowing them to first track the drones and acquire targets, then defeat them with the high-energy laser beam.

Validating this type of full kill-chain performance has been a priority of the U.S. Air Force and other branches of the Department of Defense, as due to the proliferation of low-cost UAS and their use by hostile forces, laser weapons are required to be effective against drones on the battlefield.

Sarah Reeves, vice president of Missile Defense Programs for Lockheed Martin, commented: “We’ve watched in recent news this type of laser weapon solution is essential for deterring unmanned vehicle type threats, so it’s an exciting time for us to watch airmen compete Lockheed Martin’s critical technology. ATHENA has evolved to ensure integration and agility are key and it remains an affordable capability for the warfighter.”