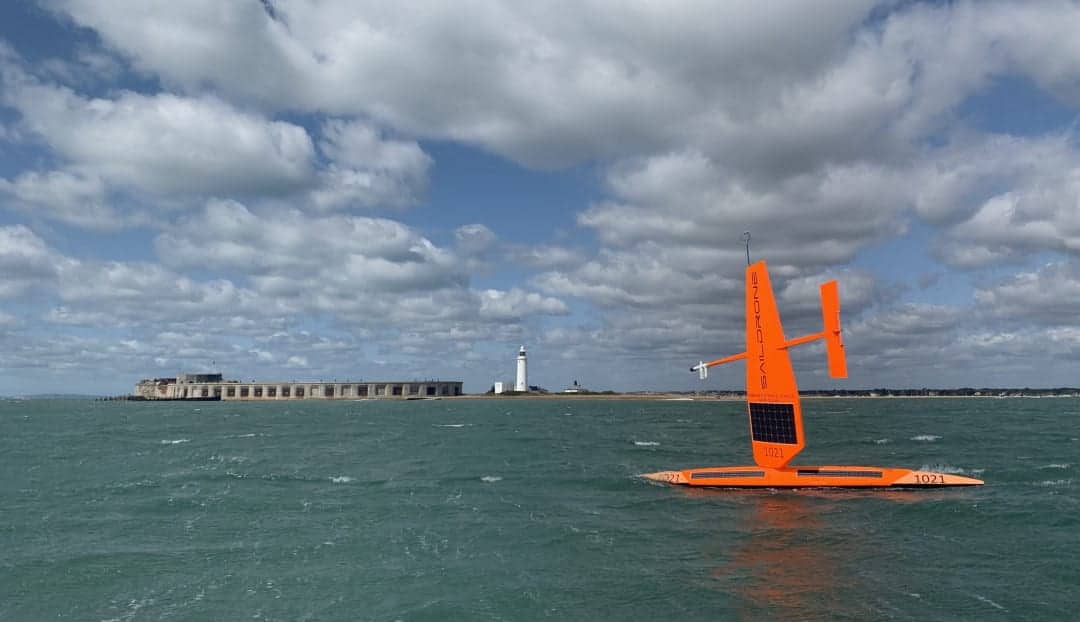 Saildrone Inc. has announced that one of its wind and solar powered seven-meter (23-foot) long unmanned surface vehicles (USV) has become the first autonomous vehicle to complete an east-to-west crossing of the Atlantic Ocean.

The USV, known as SD 1021, sailed a direct route across the North Atlantic, starting from Lymington, UK and finishing in Newport, Rhode Island. The 3402-nautical mile (6301.59-kilometer) crossing took 68 days.

SD 1021 previously crossed the Atlantic from west to east, setting out from Newport to undertake a science mission measuring heat and carbon in the Gulf Stream. It then stopped in Bermuda for maintenance, and continued following the Gulf stream to Europe, landing in the Solent on the south coast of England.

After the return journey back to Newport, SD 1021 not only holds the record for the fastest unmanned Atlantic crossing but is the only unmanned surface technology to have completed a crossing in both directions.

Richard Jenkins, Saildrone founder and CEO, commented: “The endurance, reliability and scientific measurement capabilities of the Saildrone platform continue to grow from strength to strength. During 2019, our saildrones have circumnavigated Antarctica, spent 700 days in the Arctic sampling the retreating ice edge, completed our first survey of the North Sea, and now crossed the hostile North Atlantic in both directions. There is no part of the unfrozen ocean that we cannot now measure.”

Find suppliers and manufacturers of USVs >>