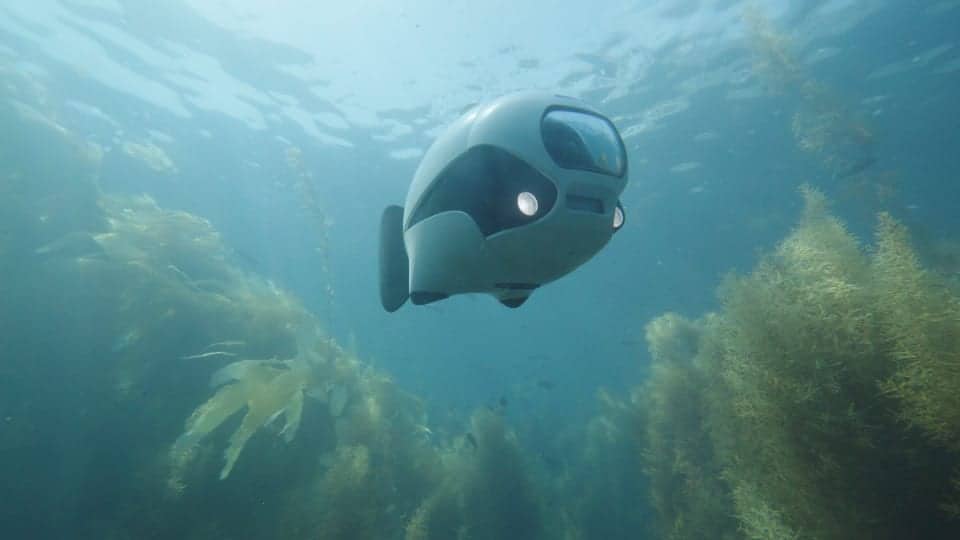 Robosea has announced the launch of BIKI, a new unmanned underwater vehicle (UUV) designed with advanced bionics technology. BIKI can be controlled with a physical controller or mobile device app.

Robosea has implemented an advanced bionics technology into BIKI that the company previously invented and developed for an underwater robot with a dual reconfigurable tail fin, which was used to operate in Antarctic regions where the underwater robot played a role in the anthropic exploration into unknown territory.

BIKI’s bionic design minimizes volume and weight and includes an infrared positioning sensor that allows the drone, which resembles a fish, to avoid obstacles automatically and adapt to different complex environments intelligently.

“BIKI can maneuver just about anywhere, and with the use of our trademarked exclusive Robosea Algorithm and IMU (inertial measurement unit), it can keep its balance in the water – allowing self-stabilization to provide smooth videos and sharp photos through its camera platform,” said Dr. Minglei Xiong, CEO of Robosea.

Captured 4k video and pictures can be shared via live transmission to personal mobile devices and social media. In the case of a lost connection, a built-in GPS module makes BIKI automatically return to base or send real-time locations to mobile devices.

“You can also design your own routes for BIKI and, if transmission is somehow lost, it will automatically return to base – all the while sending its real-time location to your mobile device,” added Xiong. “In addition to 4K UHD video, BIKI also supports 16-megapixel photography at 30 fps that offers the best view from underwater – even when operating at high-speed motion or in darkness.”

BIKI operates for up to 90-120 minutes on a single charge, and can operate at depths of nearly 200 feet.

Other features of BIKI include:

BIKI also applies the technology of ABS crashworthiness and resistance-to-weathering, so in any temperatures from 32-158°F (0 to 70°C), corrosive offshore environments, or under long-term sunlight, BIKI will always remain in good condition.