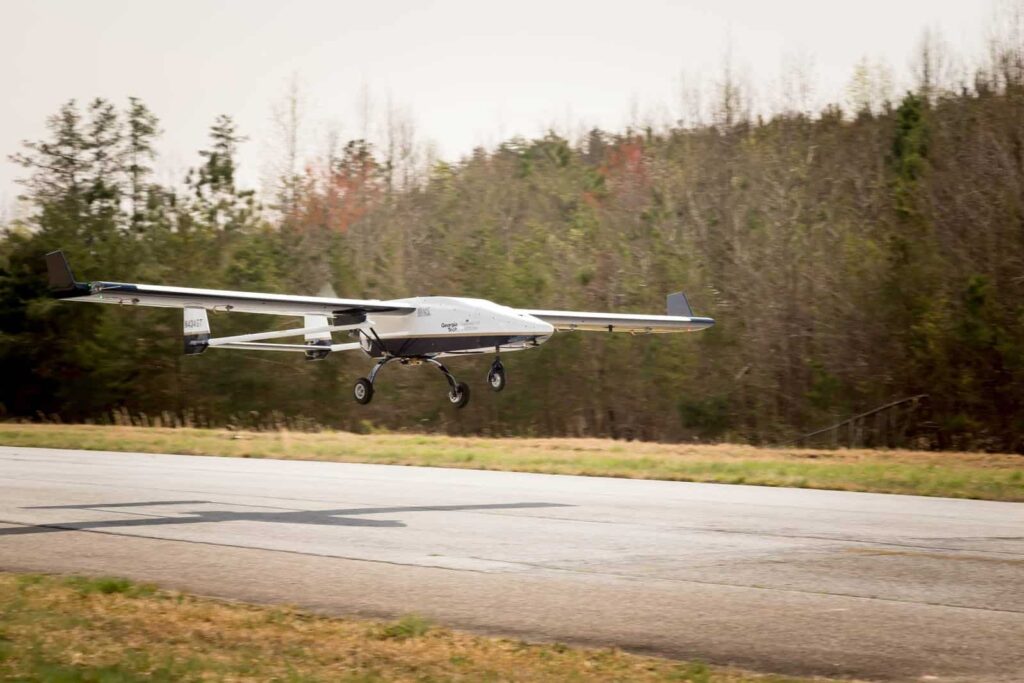 Navmar Applied Sciences Corporation (NASC) and UAV Turbines Inc. (UAVT) have announced plans for a joint flight demonstration of NASC’s TigerShark aircraft with a UAVT micro-turboprop propulsion system. First flights are scheduled prior to year-end 2017. This demonstration will mark the first time that a Group 3 UAV has been powered by a micro-turboprop engine with a new recuperator design that significantly increases engine efficiency.

UAVT President Kirk Warshaw commented: “We are delighted to partner with one of the leading UAV aircraft system developers and be able to access their expertise on these first flights of our proprietary micro-turboprop propulsion technology. The opportunity to work with NASC’s TigerShark speeds development significantly, and we look forward to the time when the technology itself, becomes the standard propulsion system for Group 3 and 4 UAVs.”

NASC President Tom Fenerty said: “Where many major companies have tried and failed, we were pleasantly surprised at the significant engineering milestones achieved by the UAVT team, Technical coordination between our teams and the ability to monitor UAVT’s prototypes in operation during the past year, were instrumental in giving us confidence to participate in the flight demonstration program using the TigerShark aircraft. This first step is a big one, but as microturbine technology becomes the standard for UAVs, the missions will change and the support provided to our warfighters will be greatly enhanced.”

Warshaw added: “The benefits of turbines were clear to the air transport industry when turbojets first came into service in 1958, and they quickly dominated the industry. The same advantages of high reliability, long life, smooth quiet operation, and the use of safe heavy JP fuel have long made turbine propulsion desirable for UAVs, although no one until now has produced a viable system. Development of turboprops for UAVs presented extreme challenges due to the high temperatures and physical forces involved in obtaining sufficient power from very small systems. UAVT has spent seventeen years and tens of millions of dollars to overcome these challenges and achieve reliable solutions.”