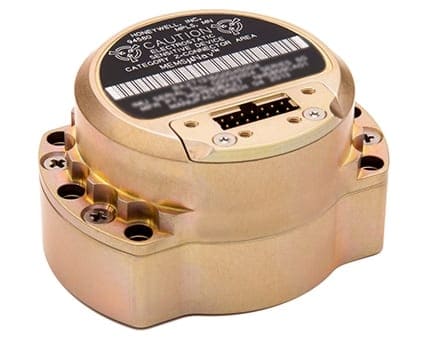 Honeywell has signed an agreement with the Defense Advanced Research Projects Agency (DARPA) to further develop the next generation of precision inertial technology. As a legacy supplier of this navigation technology for commercial and military applications, Honeywell is working to improve the accuracy of inertial measurement unit (IMU) technology by three orders of magnitude compared with Honeywell’s HG1930 IMU.

In challenging environments around the world, there’s a growing need for reliable navigation technology when GPS data is denied through intentional efforts or natural occurrences. In these scenarios, applications to provide accurate navigation information in GPS-denied environments have relied on Honeywell’s gyroscopes and accelerometers, which are small electronic sensors that measure rotation and acceleration and are similar to motion sensors in a modern-day smartphone.

Working with DARPA, Honeywell will improve the performance and reduce the power of its IMUs, which feature miniaturized gyroscopes and accelerometers, by applying advanced design and fabrication techniques to its existing inertial sensors based on microelectromechanical systems (MEMS). The end result will be a smaller and more precise navigation solution that enables users to operate in hostile GPS-denied environments with improved functionality and accuracy and at a lower cost.

In addition to commercial applications, these new sensors will also be used on weapons platforms. “As a leader in navigation and guidance, we’ve seen the capabilities of missiles and munitions grow by leaps and bounds as the accuracy of our IMU and MEMS technology grows and weapons systems become smarter,” said Carey Smith, president, Defense and Space, Honeywell Aerospace. “But the issue seen across the battlefield is that enemies are growing more technologically advanced as well, and measures need to be taken to ensure we remain technologically dominant. This is why our work with DARPA on guidance technology for current and future munitions is so important. We are taking our best-in-class IMUs and working with DARPA to reach a new level of accuracy and performance that the industry hasn’t seen.”

Honeywell has started work on this project and expects to have the technology ready to test in the coming years.

Across commercial and military applications operating in the sea, on the ground, in the air and in space, Honeywell has a legacy of providing efficient, reliable and accurate navigation technologies. Honeywell’s work with DARPA deepens the commitment to innovation in navigation by working toward the next generation of systems for a rapidly changing environment.