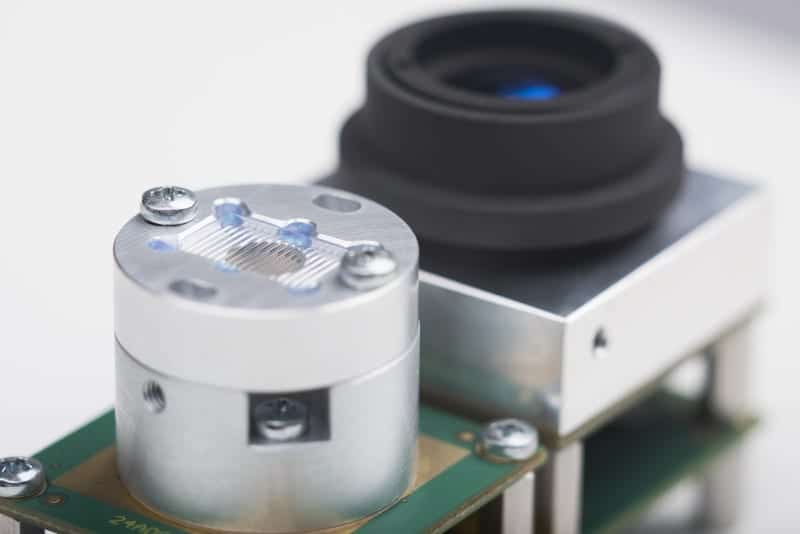 LeddarTech has introduced ‘LeddarVu’, a new platform for the next generation of the company’s Leddar detection and ranging modules. Presented during the InterDrone Conference and Exposition, the LeddarVu platform combines the benefits of a compact, modular architecture with high performance, robustness and cost efficiency towards high resolution LiDAR applications, such as autonomous driving.

Leveraging LeddarTech’s patented signal processing and algorithms, LeddarVu sensors will evolve along with the future generations of the LeddarCore ICs. Upcoming iterations of LeddarCore ICs are expected to deliver ranges reaching 250 m, fields of view up to 140°, and up to 480,000 points per second (with a resolution down to 0.25° both horizontal and vertical), enabling the design of affordable LiDARs for all levels of autonomous driving, including the capability of mapping the environment over 360° around the vehicle.

LeddarVu also adds the capacity to interchange various types of optical components from different suppliers to ensure the rapid development and integration of new module configurations that are optimized for specific applications or requirements.

LeddarTech also showcased the Vu8, the first module based on the new LeddarVu platform. The Vu8 is a compact solid-state LiDAR that provides highly accurate multi-target detection over eight independent segments. Detecting targets at up to 215 m range and weighting only 75 grams, the Vu8 delivers nearly twice the range for half the volume compared with the Leddar M16 from which it inspires. The Vu8 uses a fixed laser light source, which significantly increases the sensor’s robustness and cost-efficiency compared with any scanning LiDAR solution.

“With better range, smaller form factor and the added value of modularity, our clients will benefit from a wider choice of configurations than ever before, along with increased ease of integration into their applications,” explained Michael Poulin, LeddarTech’s Director of product management. “LeddarVu represents a powerful base for a whole new generation of compact Leddar sensors delivering unbeatable performance for the price,” he added.

The Vu8 sensor is particularly suited for navigation and collision avoidance applications in driver-assisted, semi-autonomous and autonomous vehicles, such as drones, trucks, heavy equipment for construction and mining, shuttles, buses and other public transportation vehicles. Applications such as Advanced Traffic Management System (ATMS) requiring longer ranges as well as wide fields of view will also benefit greatly from the new Vu8 sensor offering.