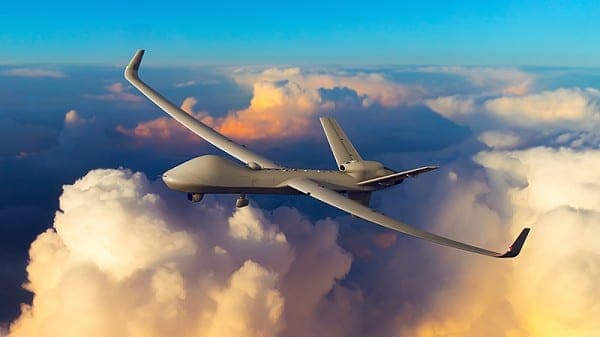 Artistic rendering of the Certifiable Predator B UAS

NLR is one of the world’s leading experts on the global Air Traffic Management (ATM) system, with particular experience in Europe. GA-ASI will continue to leverage NLR’s full air traffic control simulation facility and more than 15 years of experience in RPA systems to help solve the critical questions surrounding the safe and efficient integration of RPA into non-segregated airspace.

“It’s a great opportunity for NLR to work together with GA-ASI on extending the existing European regulations on RPA usage in civilian airspace,” said Michel Peters, CEO, NLR. “The combination of GA-ASI’s extensive RPA knowledge and our certification and ATM knowledge will be a guarantee for a successful project.”

Starting in 2012, GA-ASI embarked on a company-funded project to produce a STANAG 4671-complaint configuration of the Predator B MALE UAS. This NATO standard defines a basis for UAS airworthiness certification which is compatible with civil airspace operations in the member countries. Construction of the “Certifiable” Predator B (CPB) RPA system has begun, with fuselage integration currently underway, followed by wings and tails integration planned for late summer 2016. Flight testing of the CPB airframe is scheduled for late 2016.

This announcement follows confirmation that the UK Ministry of Defence has selected the Certifiable Predator B UAS, with some specific modifications, to fulfill the Royal Air Force’s future armed Intelligence, Surveillance, Target Acquisition, and Reconnaissance (ISTAR) requirements. CPB has been down-selected as the only viable option capable of meeting the UK PROTECTOR programme’s key user requirements, including operations in both controlled and uncontrolled airspace.