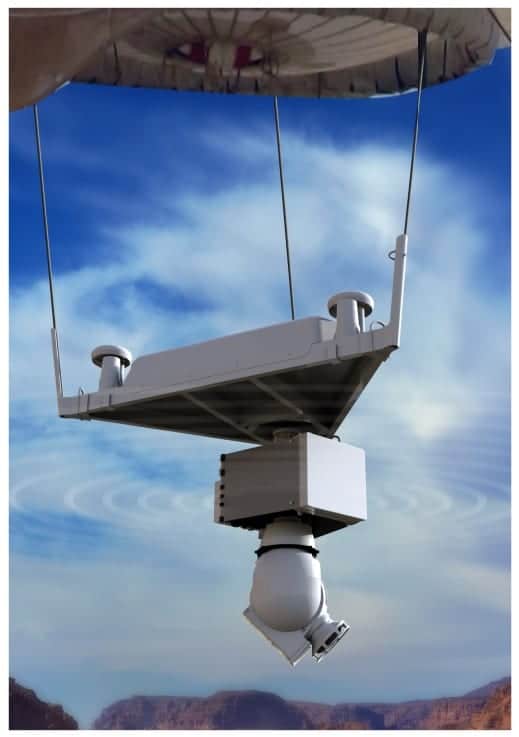 RT LTA Systems Ltd, a designer, developer, and manufacturer of the SkyStar™ family of aerostats for use in intelligence, surveillance, reconnaissance, and communications applications – announces the new ELTA-made payload. The new payload was integrated and will be deployed on the company’s newest aerostat, the Skystar 330.

The new payload, ELI-3332, is an advanced aerostat-borne intelligence payload especially designed to overcome obstacles of Line Of Sight (LOS) and perform continuous ground intelligence and surveillance and reconnaissance (ISR) missions. The system detects, identifies and tracks targets in areas of interest and creates a real time situational awareness picture. Due to the system’s small size and weight, it can be rapidly transported and deployed to 300m AGL using a tactical aerostat. The payload is ideal for surveillance support of manoeuvring forces, border protection, military and law enforcement missions.

The ELI-3332 payload features an electro-optical day/night surveillance sensor, and accurate INS/GPS system as well as a ground surveillance radar, which an advanced phased array pulse Doppler technology. Enabling a detection range of 15 KM for a vehicle and 9 KM for a person, the ELI-3332 payload can operate for 72 hours continuously, while fully controlled by a single operator.

The SkyStar 330, in which the new payload is installed, has four optical fiber tether, enabling extended communication bandwidth & range. The system is equipped with an upgraded navigation system with high capabilities that include point on map ability as well as advanced controllers, allowing better control and management of missions and targets. Designed for various operational uses, the SkyStar 330 system delivers high mobility, rapid deployment capabilities, and smooth performance in extreme weather conditions.

According to Rami Shmueli, RT’s CEO: “RT provides cutting edge solutions for defense, Homeland security and border control missions. Our aerostat systems are in constant use worldwide in different attitudes and weather conditions, and have recently crossed the amazing threshold of 1 million operational hours. Today, aerostats aren’t just a cost effective, transportable observation tool, but they are a complete system of solutions, allowing the use of sophisticated communication, cameras, radar and other devices, for a wide range of applications. We are pleased to present our Skystar aerostats as well as the new ELI-3332 payload at Eurosatory 2016”.