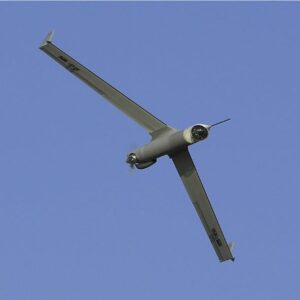 Ballard Power Systems, a developer of clean energy products, has announced that the company’s subsidiary, Protonex, has delivered prototype PEM (proton exchange membrane) fuel cell propulsion modules to Insitu, a wholly owned subsidiary of The Boeing Company, for use in its ScanEagle unmanned aerial vehicle (UAV). The ScanEagle platform has logged over 800,000 flight hours in military and civilian applications, making it one of the most successful UAV platforms to date.

Paul Osenar, President of Protonex said, “Fuel cell-powered systems offer compelling value for unmanned aerial vehicles due to improved reliability over small internal combustion engines, as well as very low heat and noise signatures. We believe that fuel cell systems have an extraordinary opportunity to play a key role in the propulsion of many unmanned systems. Our work with Insitu on the ScanEagle is an excellent example of the potential for fuel cells.”

Insitu’s ScanEagle is a versatile platform with multiple payload capabilities, including high-definition imaging. The ScanEagle is operated in conjunction with Insitu’s Mark4 Launcher – a low-maintenance, runway-independent platform – along with its SkyHook recovery system.

Use of the Protonex fuel cell propulsion modules is expected to provide a number of advantages over traditional internal combustion engine propulsion systems, including: significant improvement in the expected MTBF (mean time between failures) of up to 5x; silent operation; 100% throttle flexibility, including mid-air start-stop capability; and use of existing JP8 fuel in ground refueling systems.

Work related to the integration of the Protonex fuel cell propulsion module into the ScanEagle system is ongoing, with flight demonstrations planned for the second half of 2016.