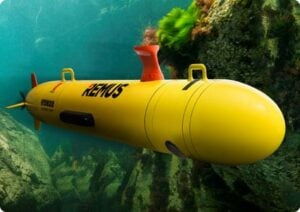 Hydroid, a Kongsberg company, has released the ‘New Generation REMUS 100 AUV’. The autonomous underwater vehicle features advanced technology and capabilities that allow for increased autonomy and creativity during missions.

Based on the original REMUS 100 AUV, the new platform features advanced core electronics, a flexible navigation suite with an exclusive conformal Doppler Velocity Log (DVL) and an open architecture platform for advanced autonomy. The vehicle was created over two years and is designed based on feedback from the world’s largest AUV user community.

“The New Generation REMUS 100 AUV has impressive capabilities not previously seen on a man-portable vehicle,” said Duane Fotheringham, president of Hydroid. “We are confident that we have created a vehicle that fulfills our customers’ needs for leading technology, while maintaining the core offerings of the REMUS brand they have trusted for years. Thanks to the New Generation REMUS 100, we are continuing to pave the way for future unmanned underwater technology.”